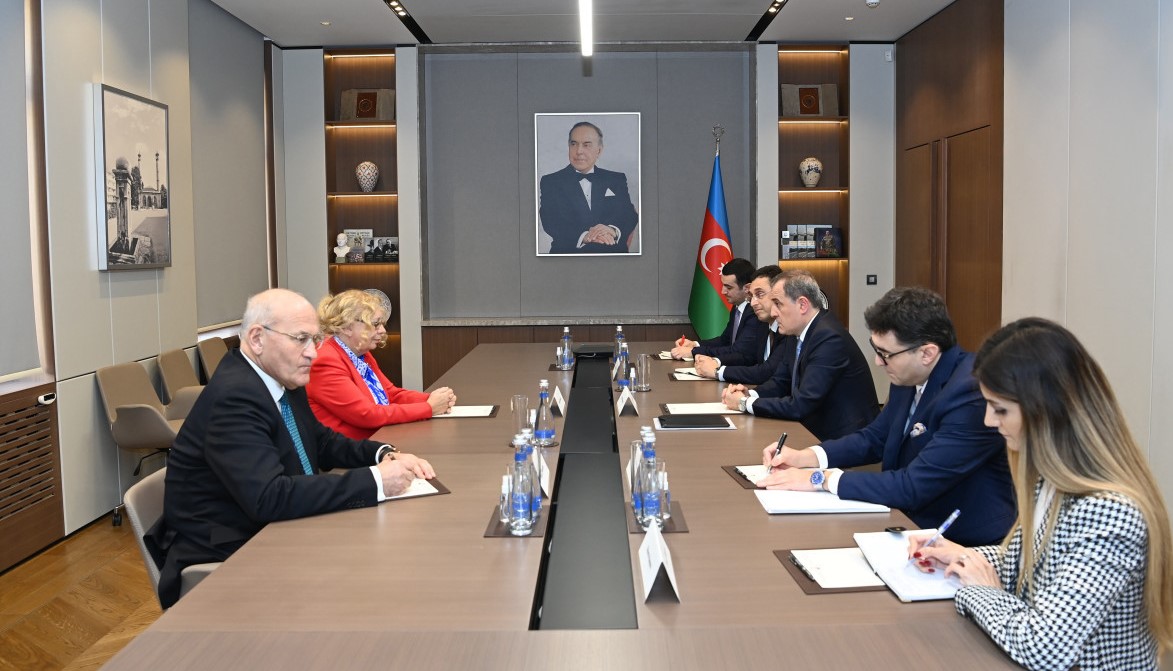 During the meeting, Jeyhun Bayramov emphasized the significance of 2022 as the 30th anniversary of Azerbaijan's UN membership.

In this regard, he spoke about the important initiatives organized in Shusha, Azerbaijan's cultural capital, and in Baku, and it was mentioned that Azerbaijan, as one of the UN's active members, has made extensive contributions in a variety of directions, particularly in the fields of peace and security, sustainable development, and humanitarianism at the international level.

During the meeting, it was brought to the attention that our country's new development plan for the post-pandemic and post-conflict periods for the years 2022–2026 runs parallel to the agenda of the UN's 2030 Sustainable Development Goals. It was emphasized that Azerbaijan is one of several countries around the world, and the first in our region, to submit voluntary reports on how this agenda is being implemented in the region. In this regard, Azerbaijan's inclusion in the top 50 of the "Sustainable Development 2022" report demonstrates our country's commitment to its global commitments on the implementation of the 2030 Agenda.

Minister Jeyhun Bayramov briefed the other side on the present situation in the region, including Armenia's large-scale provocations and the actions taken to eliminate the consequences of Azerbaijan's territorial occupation for nearly 30 years. In this regard, the minister discussed the peace agenda, restoration and reconstruction works in liberated territories, the process of returning internally displaced persons to the region, and the importance of increasing international efforts and exchanging experiences to eliminate the threat of landmines in our territories.

Tatyana Valovaya expressed her satisfaction with her next visit to Azerbaijan and emphasized the significance of the photo exhibition dedicated to Azerbaijani women and embodying the Sustainable Development Goals, which was held at the Heydar Aliyev Center on the initiative of the head of the UN branch in Geneva and the Heydar Aliyev Foundation. She said that the project, which is being conducted in Azerbaijan for the first time, aims to support and contribute to the UN's Sustainable Development Goals. T. Valovaya also expressed appreciation for the peace process efforts during the meeting.

During the meeting, the parties also exchanged views on various aspects of the UN agenda and other topical issues.