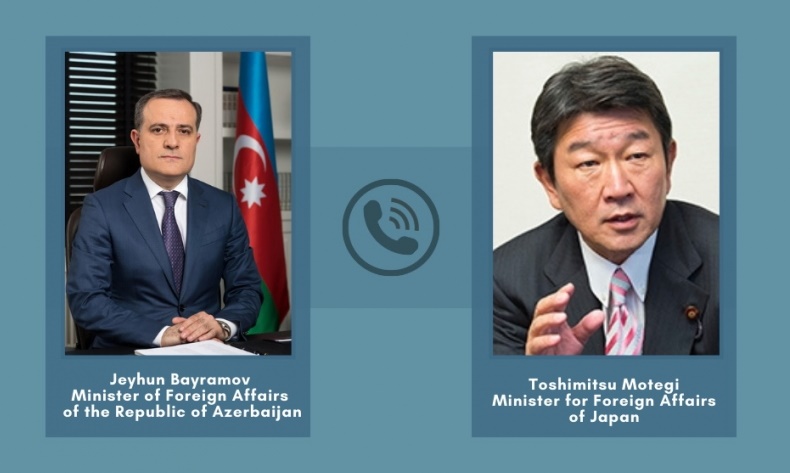 Azerbaijan`s Foreign Minister Jeyhun Bayramov and his Japanese counterpart Toshimitsu Motegi have had a telephone conversation.

During the conversation, the ministers discussed the current state and prospects of bilateral cooperation.

Minister Jeyhun Bayramov congratulated his Japanese counterpart in connection with the high level of organization of the Tokyo 2020 Summer Olympic Games in the current difficult situation.

The sides exchanged views on marking the 30th anniversary of the establishment of diplomatic relations between the two countries in the coming year.

The ministers also discussed opportunities for cooperation within international organizations.

Jeyhun Bayramov briefed his Japanese counterpart on the reconstruction and restoration work carried out in the liberated territories during the post-conflict period and the opportunities for foreign countries, including Japanese investors, to participate in this process.