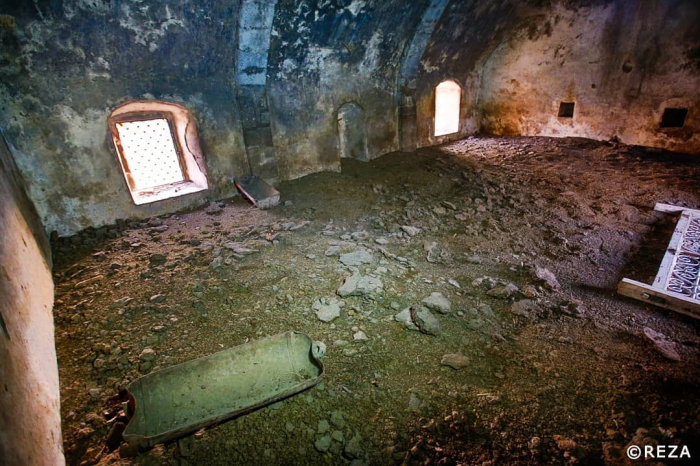 The Ministry of Culture of Azerbaijan has issued a statement on the desecration of a mosque in Gubadli region by Armenians.

The statement emphasizes that the historical territory of Azerbaijan, occupied by the Armed Forces of Armenia for about 30 years - the Nagorno-Karabakh region and adjacent territories, these days, are being cleared from invaders. Under the leadership of the Supreme Commander-in-Chief of the Armed Forces President Ilham Aliyev, Azerbaijani troops have liberated the cities of Jabrayil, Fuzuli, Zangilan and Gubadli, as well as more than 200 villages and villages.

"As a result of the aggressive policy of Armenia during the long-term occupation, the immovable historical and cultural monuments of the Azerbaijani people were destroyed, appropriated, being used not for their historical and cultural purposes, were vandalized. - mosques, tombs and other places of worship. By keeping animals in mosques, the Armenians showed all their hatred of Azerbaijanis. Such barbaric treatment of cultural heritage in the occupied territories, including unique monuments of special importance, should be considered as a threat to world heritage," the statement said.

Many monuments located in the territories liberated from occupation, including the 18th century mosque in the liberated village of Memer, Gubadli region, are in a deplorable state.

"We call on civilized states and peoples of the world to condemn such monstrous actions of Armenia against universal values. In particular, we bring to the attention that in accordance with the Convention for the Protection of Cultural Property in the Event of Armed Conflict, adopted in The Hague in 1954, the occupying country should not allow destruction, looting and misappropriation of cultural property and must refrain from hostile actions against these values," said in a statement.