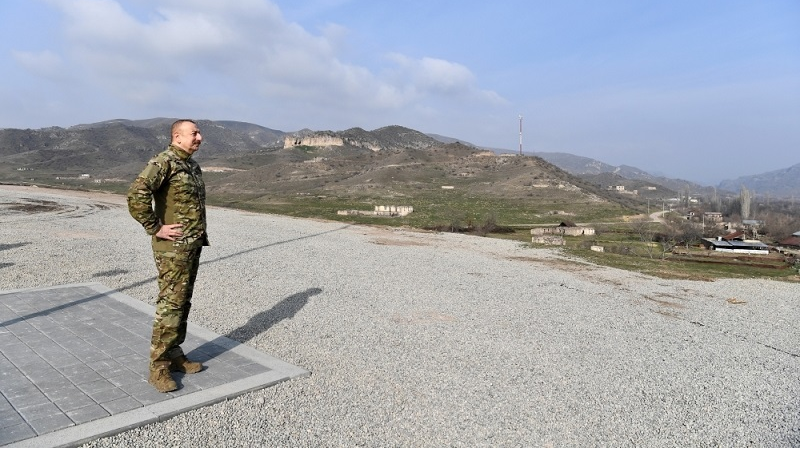 Transport projects play a special role in the long-term development of the region, ensuring stability and reducing military risks to zero, Azerbaijani President Ilham Aliyev said as he addressed Gulabird village of Lachin district during his trip to the liberated territories.

The head of state emphasized that all the countries participating in transport projects will only benefit from that.

“Azerbaijan connects with Nakhchivan and Turkey. At the same time, a railway line from Russia to Armenia may be opened. This line can only pass through the territory of Azerbaijan. In addition, a railway communication will appear between Russia and Iran through the territory of Nakhchivan. There will be a railway connection between Iran and Armenia. A railway link will be created between Turkey and Russia. In other words, all countries of the region will only benefit from this,” he said.

The president noted that as a result of the commissioning of the Baku-Tbilisi-Kars railway, the transportation of goods between Russia and Turkey began using this railway.

“Notice the vision and strong resolve we have shown. At the same time, we have mobilized financial resources and are providing for this rail link. Our country needs this because it increases its geopolitical importance and economic power. Because, as a reliable transit country, we will receive large financial incomes from this. At the same time, it is of great importance for securing peace and stability in the region,” he added.