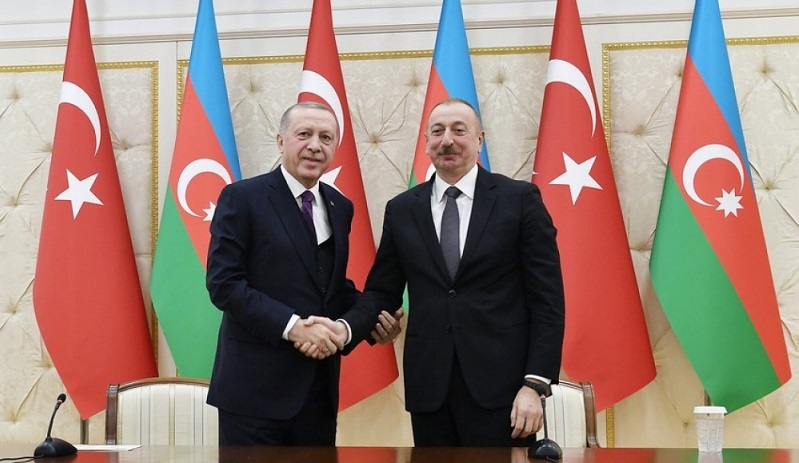 Azerbaijan’s President Ilham Aliyev sent a letter to his Turkish counterpart Recep Tayyip Erdogan on the occasion of the sixth anniversary of the 15 July coup attempt in Türkiye, News.Az reports.

“This year marks the sixth anniversary of the 15 July coup attempt in Türkiye. It is with deep respect and reverence that we commemorate the dear memory of our martyrs who sacrificed their lives to prevent the coup attempt,” the Azerbaijani president said.

President Aliyev noted that six years ago, the brotherly people of Türkiye defended the independence and sovereignty of their Motherland, took ownership of statehood and democracy, and set a true example of bravery and heroism, once again proving their power and greatness to the world. “The Democracy and National Unity Day established in connection with the events of 15 July is the embodiment of the loyalty of your heroic people to their Motherland and state, to statehood and democratic traditions.”

“The boundless trust and confidence in you as a true leader of the brotherly people and your popular support played a decisive role in preventing the betrayal directed against the Turkish state and helping your country to overcome this difficult ordeal. This great victory, which is a celebration of national unity and solidarity, indomitable resolve and strong leadership, is forever engraved in the history of Turkish statehood.”

“The people and the state of Azerbaijan, standing by brotherly Türkiye and showing solidarity with it, strongly condemned this treacherous coup attempt from the first minutes. Based on the principle of “One nation, two states”, our peoples support each other in both happy and sad days and prove their brotherhood by supporting each other in difficult times. We will continue to stand by Türkiye in all issues from now on,” the head of state added.

President Aliyev stressed that Azerbaijan-Türkiye relations, based on the will of our peoples connected to each other by unbreakable bonds and resting on a foundation of friendship and brotherhood, have no parallels in the present-day world.

"I am sure that we will continue to move confidently towards the goals of the alliance that we defined in the Shusha Declaration, the first anniversary of which was marked a month ago."

“Dear Mr. President, I wish you the best of health and continued success in your endeavors, and the brotherly people of Türkiye lasting peace and prosperity,” the Azerbaijani leader said.