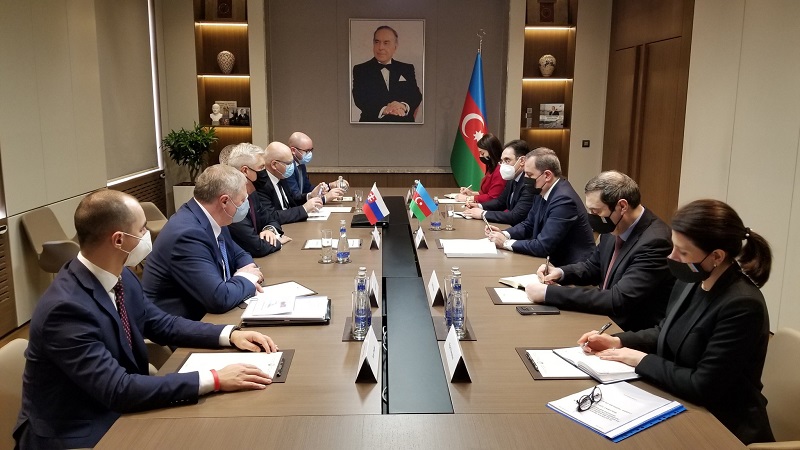 The meeting was attended by large delegations from both sides, the Azerbaijani Foreign Ministry told News.Az.

Minister Bayramov noted that bilateral relations between our countries are developing in a number of areas and there are great opportunities to expand this cooperation. The importance of carrying out consistent work with the aim of developing bilateral cooperation in the economic sphere, as well as encouraging mutual investments, was emphasized.

Korčok noted with satisfaction the meeting with the President of the Republic of Azerbaijan. He stressed the importance of continuing the existing political dialogue between our countries. He emphasized the importance of respecting the principles of international law, which are the basis of interstate relations.

Bayramov informed his colleague about the new situation in the region after the 44-day Patriotic War, the measures we have taken in connection with the implementation of trilateral statements, about the activities of the Armenian side that do not correspond to the obligations assumed by this country, the mine threat which poses a direct threat to the life of people in the liberated territories, on Armenia's refusal to provide the Azerbaijani side with mine maps in violation of international humanitarian law.

At the meeting, other issues of mutual interest were discussed.