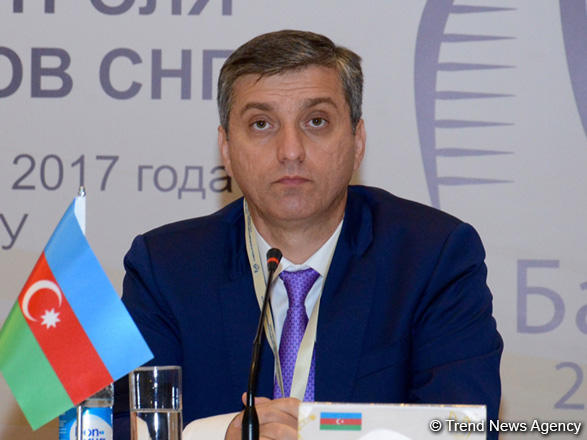 The Chamber of Accounts of Azerbaijan has started developing new strategic development plan for 2018-2020, said the Chamber’s Chairman Vugar Gulmammadov.

He made the remarks while addressing the 17th session of the CIS Council of Heads of Supreme Audit Institutions in Baku, according to Trend.

According to him, the Chamber will try to identify specific goals, as well as the criteria by which it will be possible to assess the achievement extent of these goals.

“We are trying to expand the scope of public funds related to control activities. Thus, for example, this figure was 3.5 billion, 4.2 billion and 5.6 billion manats, respectively, from 2014 to 2016. Our goal is to achieve the minimum indicator (50 percent) in the state budget’s control coverage extent, specified in the Public Expenditure and Financial Accountability (PEFA) Assessment report, and exceed this indicator,” noted Gulmammadov.