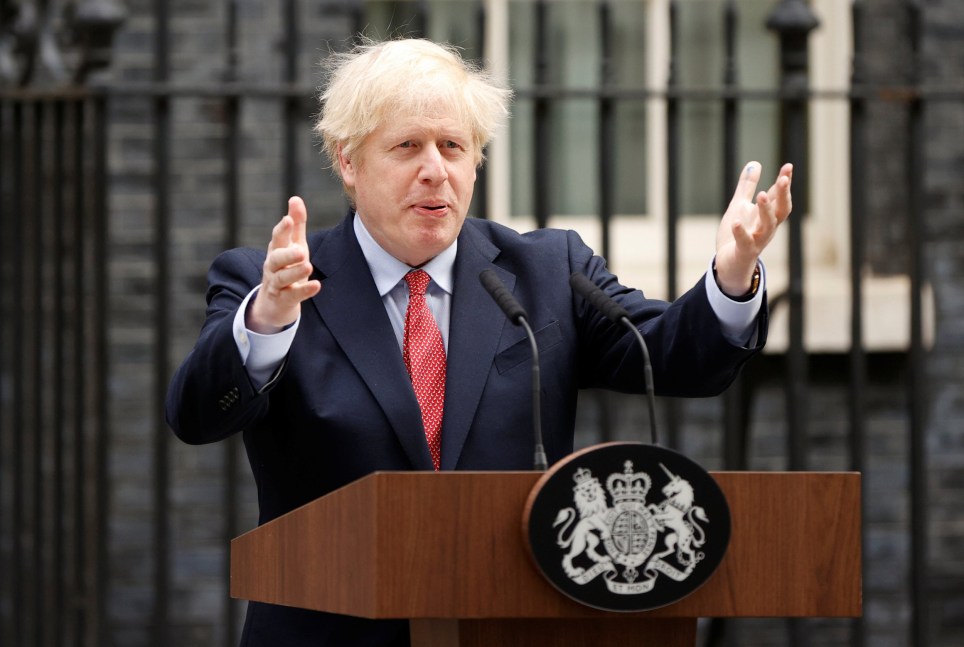 Britain's Prime Minister Boris Johnson, back at work after recovering from COVID-19, said on Monday it was still too dangerous to relax a stringent lockdown hammering the economy as that may cause a deadly second outbreak., Reuters reported.

Speaking outside his Downing Street residence a month and a day since testing positive for the virus which threatened his life, Johnson compared the disease to a street criminal that the British people had wrestled to the floor.

Stressing it was still a time of maximum risk, he said he understood the concerns of business and would consult with opposition parties - but he made clear that there was to be no swift lifting of the lockdown.

"We simply cannot spell out now how fast or slow or even when those changes will be made, though clearly the government will be saying much more about this in the coming days," Johnson said, looking healthy again.

"If we can show the same spirit of unity and determination as we've all shown in the past six weeks then I have absolutely no doubt that we will beat it."

Johnson's government, party and scientific advisers are divided over how and when the world's fifth largest economy should start returning to work, even in limited form.

"We must also recognise the risk of a second spike, the risk of losing control of that virus and letting the reproduction rate go back over one because that would mean not only a new wave of death and disease but also an economic disaster," he said.

"I ask you to contain your impatience because I believe we are coming now to the end of the first phase of this conflict and in spite of all the suffering we have so nearly succeeded."

The United Kingdom is one of the worst-hit nations, with more than 20,732 hospital deaths reported as of Saturday.

But the most stringent lockdown in peacetime has left the economy facing possibly the deepest recession in three centuries and the biggest debt splurge since World War Two.