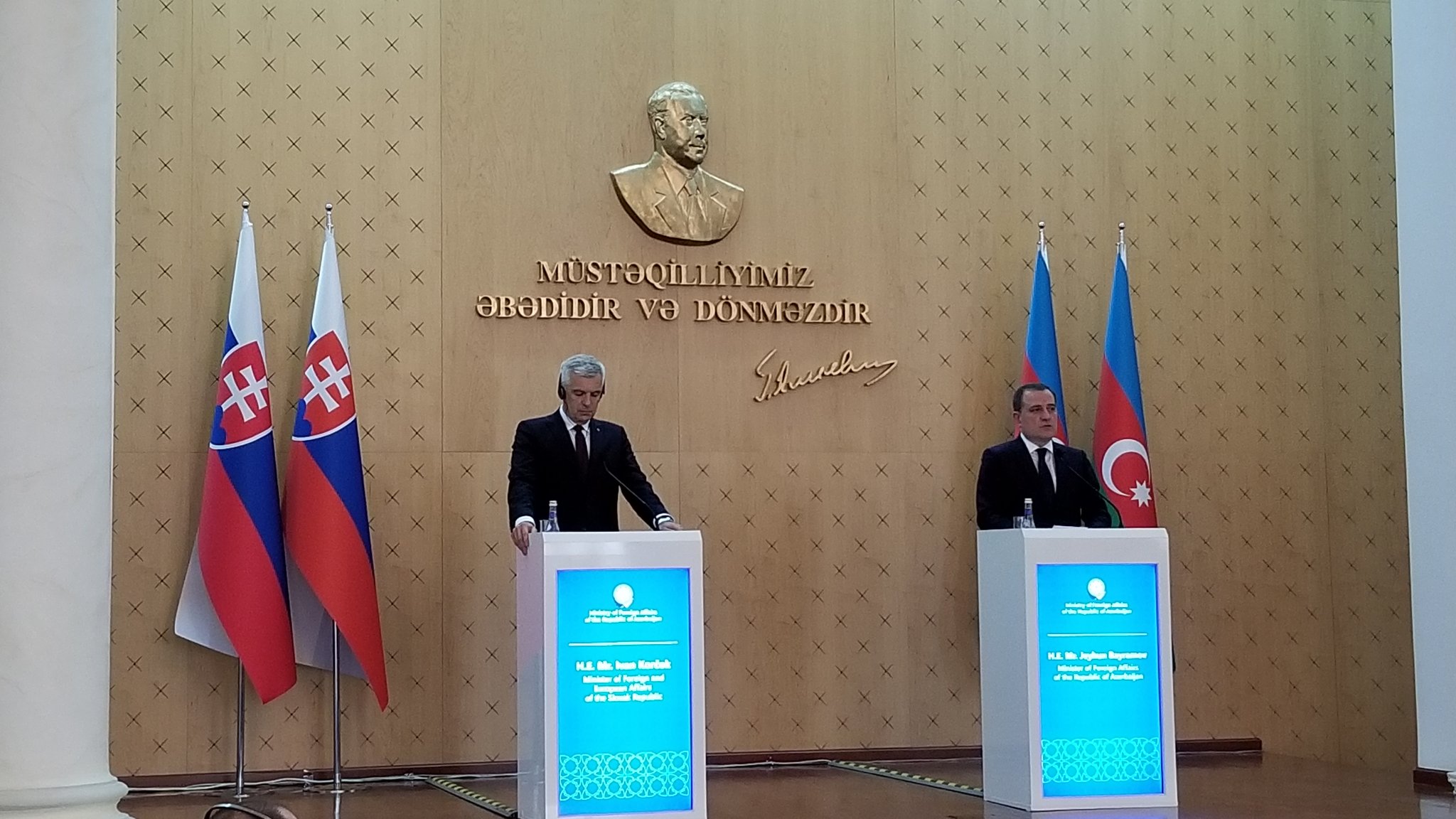 Bayramov made the remarks Wednesday at a joint press conference with his Slovak counterpart Ivan Korcok in Baku.

The minister stressed that Baku does not see Yerevan’s constructive approach on some points of the statement of 10 November 2020 on ceasefire and cessation of all hostilities in the Nagorno-Karabakh yet.