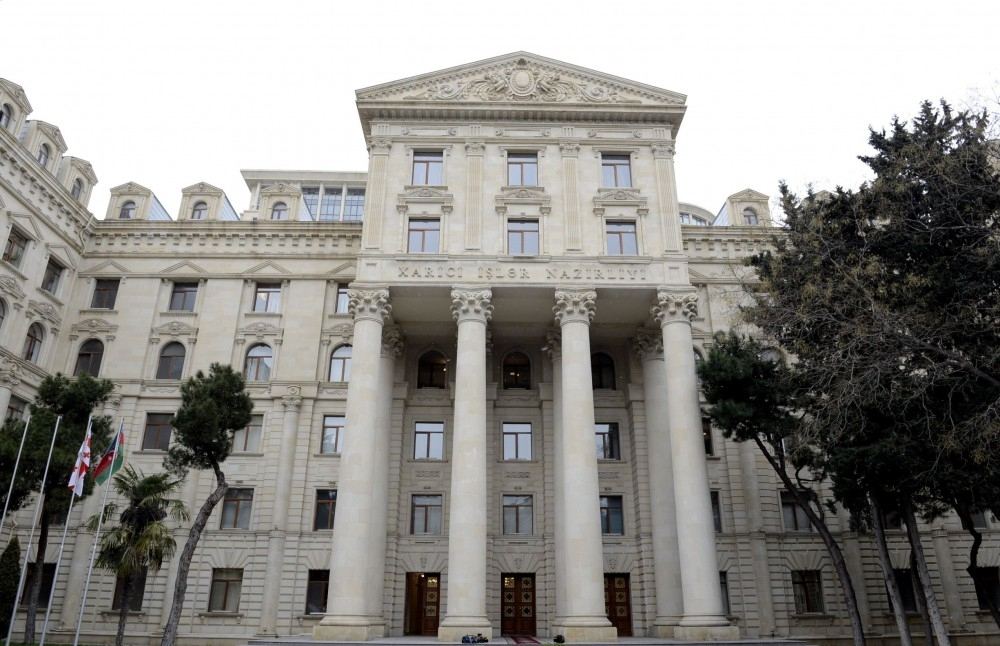 A number of Dutch MPs submitted a draft resolution containing statements that Azerbaijan, as a country with a great military advantage, allegedly "continues to attack Armenia", "occupied Armenia's territories on September 13-14", "intends to invade the south part of Armenia", as well as urging to "provide military aid to Armenia to help restoring its defense capability", Spokesperson of the Azerbaijani Foreign Ministry Aykhan Hajizada said, while answering media questions, News.az reports.

The official noted that the Parliament of the Netherlands adopted biased and false resolutions against Azerbaijan in the years before.

"Making such an offer in the legislature of the Netherlands, which turned a blind eye to the 30-year occupation of Azerbaijani territories by Armenia, the brutal reprisals against the civilian population, robberies, and vandalism, testifies to another slanderous campaign against our country. We would like to remind the Dutch side that following the 2020 second Karabakh war, Armenia infringing upon the trilateral statements did not completely withdraw its armed formations from Azerbaijan's territory, continued planting landmines on liberated areas, increased the militarization of border districts, prevented the opening of transport routes and started destructive actions against the peace process," he stated.

As for the statements on the September 2022 border clashes, Hajizada said that the battle occurred as a result of Armenia's mine-laying policy and the attack on Azerbaijani military installations. In September, Azerbaijan took retaliatory measures against Armenian provocations.

"Everyone knows that the Azerbaijani side is not interested in regional tensions against the backdrop of bringing back former internally displaced persons (IDPs) to the areas adjacent to military tension – the Aghali village of the Zangilan district, conducting reconstruction work on liberated areas and making significant investments," he said.

"Speaking of the absurd ideas about Azerbaijan's alleged intention to "occupy the south of Armenia", we would like to inform the parliamentarians of the Netherlands that Azerbaijan is the initiator of normalizing relations with Armenia within the norms and principles of international law, in particular sovereignty and territorial integrity," he emphasized.

As the official noted, instead of supporting the Armenian revanchist forces, it would be better for the Dutch side to facilitate the regional countries' development in conditions of peace, stability, and progress, support the new security and cooperation framework established in the region.

"We reject the mentioned draft resolution and urge the Netherlands to abandon its unilateralism and adhere to the norms and principles of international law while making decisions," Hajizada said.