Bodies of 18 victims of plane crash near Bishkek identified 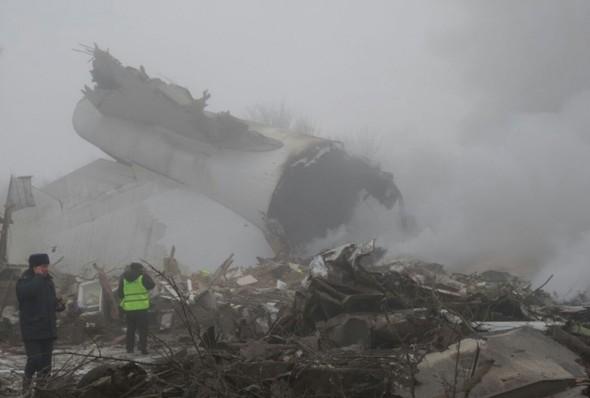 Bodies of 18 victims of a Turkish cargo plane crash near Bishkek have been identified, said the first Vice Premier of Kyrgyzstan Muhammetkaly Abulgazi during a briefing at the crash site, RIA Novosti reported.

Boeing 747-400 cargo plane on a flight from Hong-Kong crashed near Bishkek, Kyrgyzstan Jan. 16 morning. The plane crashed several kilometers from the Manas airport.

The plane damaged 32 houses in the crash area.

At least 32 people were killed in the plane crash, the Kyrgyz leadership said. There were four crew members onboard aircraft.

Ten of the killed are men, nine are women and 13 are children aged from 3 to 15 years, according to the Ministry of Emergency Situations of Kyrgyzstan.