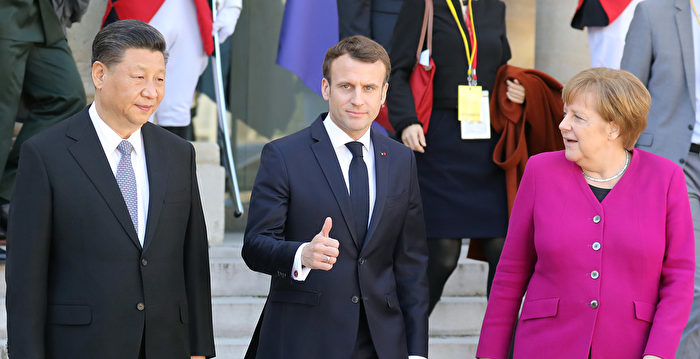 The videoconference focused on EU-China relations, international trade, climate protection and biodiversity, according to the German government's spokesperson. They also discussed cooperation in the fight against the COVID-19 pandemic, global vaccine supply, and other international and regional issues.

Merkel and Macron advocated for a tightening of short-term carbon dioxide reduction targets as well as joint efforts to protect biodiversity. The Chinese city of Kunming hosts a United Nations Biodiversity Conference in October, while the next U.N. Climate Change Conference starts a short time later in Glasgow, Scotland.

According to Chinese sources, Xi advocated "multilateralism and cooperation" in the videoconference.

The last time the three leaders spoke to each other was in April. The main topic then was climate protection. Since then, tensions have grown between China and the EU. Europe accuses Beijing of unfair trade practices, committing human rights abuses against its Uyghur minority, suppressing Hong Kong's democracy movement and flexing its military might in territorial disputes with neighbors.

In May, the European Parliament (EP) put a long-planned investment agreement between China and the EU on hold. This was triggered by the extensive countersanctions imposed by China in March in response to European punitive actions against officials whom the EU holds responsible for human rights violations in Xinjiang.