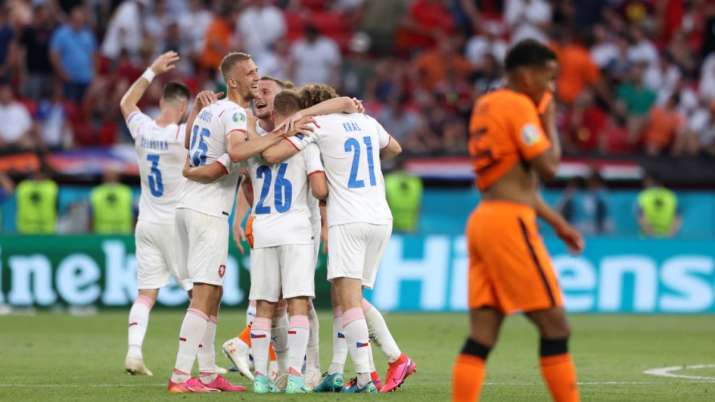 Czech Republic benefitted on their numerical advantage and eliminated the Netherlands on the second-half goals from Tomas Holes and Patrik Schick in the round of last 16 at the Puskas Arena in Budapest on Sunday, Xinhua reported.

The "Elftal" caught a lively start and caused problems for the Czechs in the opening stages but as the game clock ticked Czech Republic assumed control and reaped the best chance of the first half after Matthijs de Ligt had to block Antonin Barak's effort from very close range.

The Dutch grabbed a nightmare start into the second half as De Ligt received his marching orders following a handball in the 55th minute. Jaroslav Silhavy's men utilized their numerical advantage with 68 minutes and broke the deadlock after Holes headed home.

The Netherlands wasn't able to respond and had to swallow another goal after Schick finished the job following Holes' build-up work with 80 minutes into the game.

With the result, the Netherlands travel back home whereas the Czechs face Denmark in the quarterfinals in Baku on Saturday.