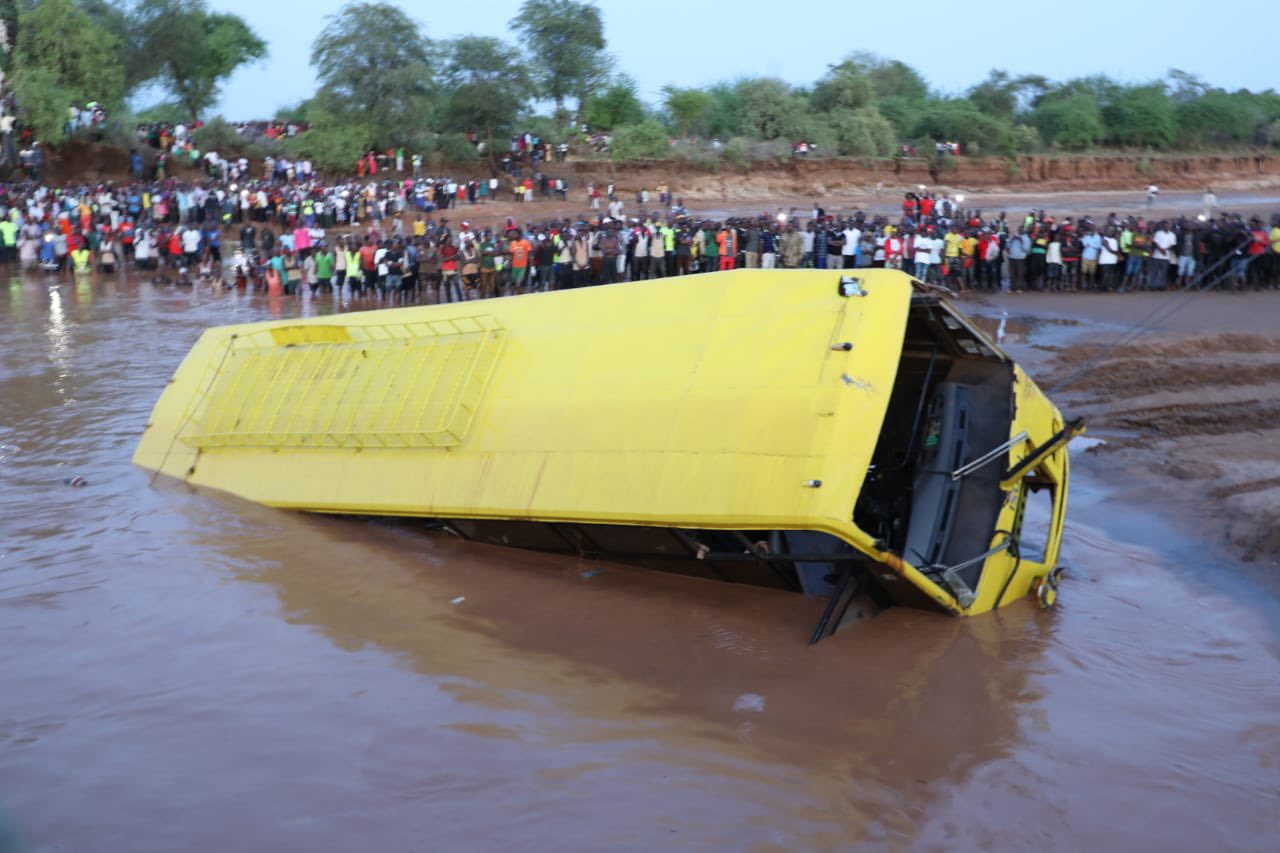 The death toll from Saturday's river bus accident rose to 32 on Monday after the bus with about 50 passengers plunged into River Enziu at a village in Kitui County, eastern part of the country on Saturday.

Mwingi East Sub-County Commander Joseph Yakan said the divers rescued 17 people who were inside the bus at the time of the tragedy during an operation.

"Some bodies were retrieved from the river on Sunday bringing the total number to 32," Yakan said on phone, adding that the rescuers managed to retrieve the bus wreckage to the shores of River Enziu.

According to Yakan, the driver of the bus was attempting to drive past a flooded bridge when water tides overpowered the vehicle, sweeping it into the river.

"Recovery efforts continue Monday to ensure no bodies are left behind trapped at the river bed," Ngilu said, noting that 15 of the dead are members of the same family who were going to attend a wedding of an elderly couple aged over 70 years.

She said it was sad that many lives had been lost due to the accident, adding that it has not been established how many passengers were aboard the bus when it plunged into the Enziu River.

Kenyan President Uhuru Kenyatta on Sunday joined citizens in mourning the death of the people who drowned after the bus plunged into the river.