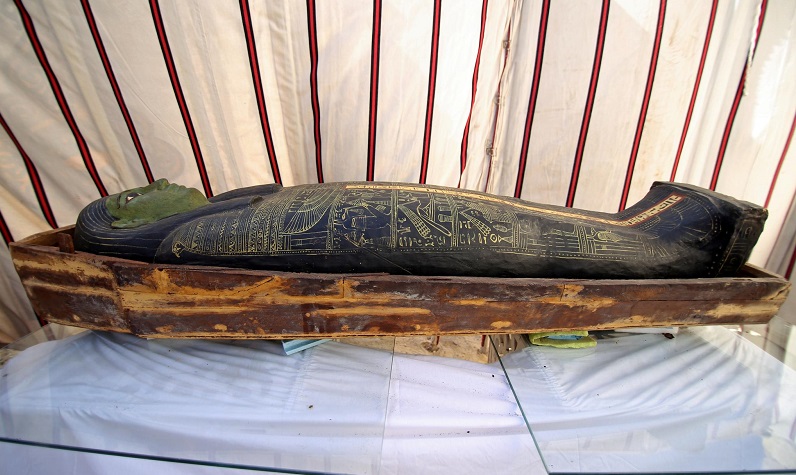 Egypt has unveiled a significant new archaeological discovery at the Saqqara necropolis south of Cairo, including 54 wooden coffins, many of which can be traced back 3000 years to the New Kingdom period, Reuters reports.

The funerary temple of Queen Neit was also discovered near the pyramid of her husband, King Teti of Egypt’s 6th dynasty which dates back 4200 years, said famed archaeologist Zahi Hawass, who headed the archaeological mission.

The coffins, or sarcophagi, include the first dating back to the New Kingdom to be found at Saqqara, a UNESCO world heritage site that is home to the Step Pyramid, the tourism and antiquities ministry said in a statement. Carved in human form and painted in bright colours, many of them are still intact.

“All these discoveries will rewrite the history of Saqqara and the New Kingdom,” said Hawass.

Officials are keen to show off newly discovered artifacts as they try to revive visitor numbers after the tourism industry received a painful blow during the coronavirus pandemic. The number of tourists visiting the country dropped to 3.5 million last year from 13.1 million in 2019.