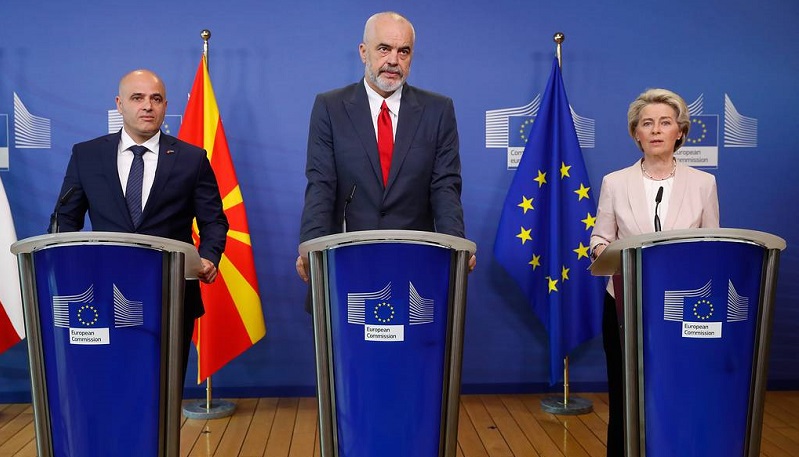 “Today, Albania and North Macedonia open accession negotiations with the EU. This historic moment is your success,” she said.

"You have shown so much enduring commitment to our values, you’ve demonstrated resilience, you strengthened the rule of law, you fought against corruption, you have free media, you’ve done countless reforms," von der Leyen said. "The people of Albania and North Macedonia deserve it, and we will all stand to gain when one day we welcome Albania and North Macedonia as full-fledged members of the European Union."

Albania has been an EU candidate country since 2014, while North Macedonia was granted the status in 2005.