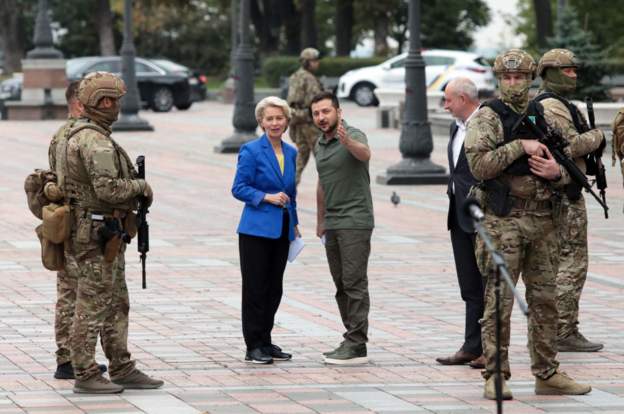 Russian President Vladimir Putin announced earlier that military reservists were to be sent to Ukraine in a partial mobilisation of Russian forces.

Speaking to CNN, von der Leyen said measures previously agreed by the EU had been "very successful" and were "biting" both Russian industry as well as its military capabilities.

Momentum is building in Brussels for a fresh package of sanctions but there may well be disagreement on how far the bloc should go.

Diplomats suggest that measures under discussion centre around aligning the EU’s impending embargo on Russian oil with the G7’s proposed price cap.

Some member states are also said to be pushing for tightening the rules around luxury goods - and banning the import of Russian diamonds.