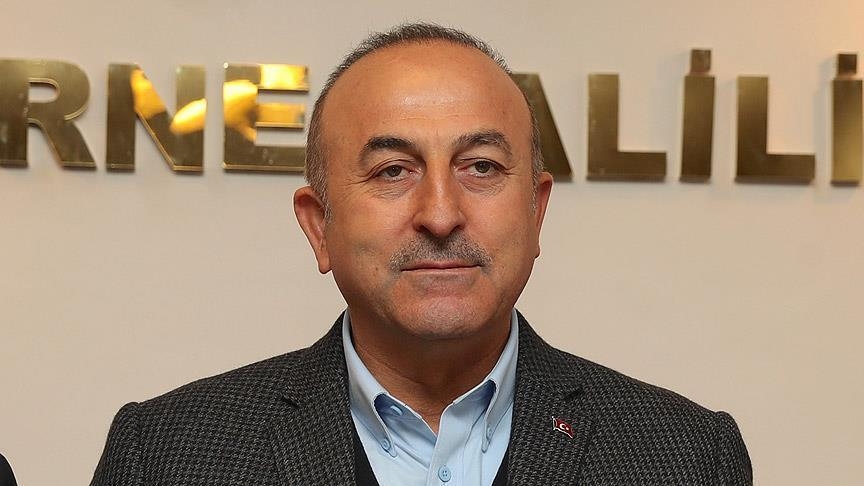 The European Union is falling apart, Foreign Minister Mevlut Cavusoglu said Tuesday as tensions between Turkey and the Netherlands escalate following the ban on Turkish ministers stopping them from their meetings with their expat community, APA reports quoting Anadolu agency.

Speaking at the ruling Justice and Development (AK) Party’s provincial directorate in northwestern Edirne province, Cavusoglu said: "We think the future of Europe will not be pleasant at all."

He said the EU was founded in an effort to bring Europe together around certain values; however, all such values were now "disappearing one-by-one".

About the Dutch ban on Turkish ministers on Saturday, he said: "Why did they cancel the visit of a foreign minister? I went there last year too. What has changed?"

Both ministers were due to meet with the Turkish community ahead of April 16 referendum in Turkey on constitutional reforms.

Cavusoglu said "the PKK, DHKP-C, FETO [Fetullah Terrorist Organization], and all traitors are united" in and outside of Turkey in favor of the No campaign.

He also asked "why are European newspapers making headlines favoring No campaigns?"

On Sunday, the German-language Swiss newspaper, Blick, called for a No vote “against Erdogan’s dictatorship”. The paper said its call -- also in Turkish -- was for Turks living in Switzerland.

The minister also accused Europe of double standards in its approach to Turkey.

"Do you know why? It is due to fear," the minister said, adding: "The European Union is falling apart."

He said EU countries were "afraid of dissolution".