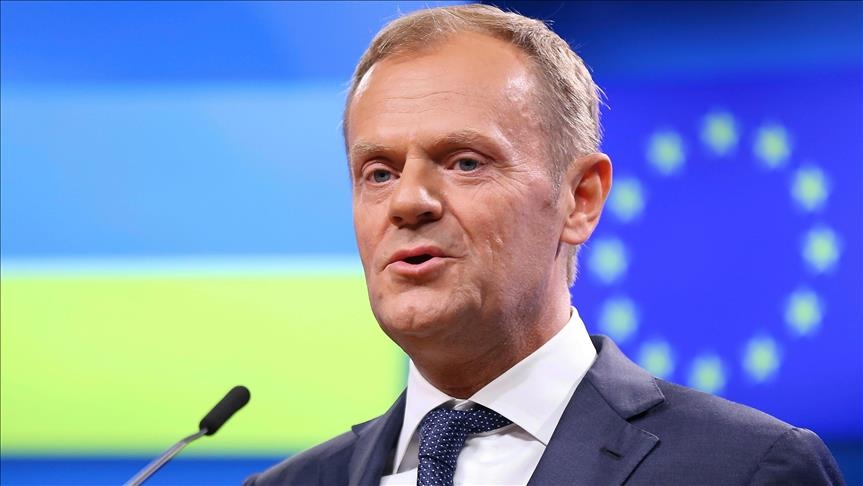 Extending sanctions against Russia, commitment to Paris Climate Change Agreement and moving EU agencies based in London following Brexit were among the significant issues taken up by the Council, President Donald Tusk said in a joint news conference with the president of the European Commission, Jean-Claude Juncker and the EU term president Malta’s prime minister, Joseph Muscat.

Underlining that Brexit was not a main discussion point at the summit, Tusk said "the UK's offer is below our expectations" and that "it risks worsening the situation of citizens".

British Prime Minister Theresa May laid out her government’s plans on Thursday to grant special "settled EU status" to EU citizens living in the U.K. for five years, adding she would reveal the detailed offer on Monday.

Tusk said the European Central Bank President Mario Draghi confirmed that "things have changed for the better in the EU".

"There is a renewed hope in the European project," he added.

"We agreed that Europe needs to better protect our people from unfair trade practices, for example by introducing more reciprocity. We agreed that the Commission will analyze investments from third countries in strategic sectors," he said.

Also speaking on the ongoing migration crisis, Tusk said the European Council decided that "the only result that really matters to us is to put a definitive end to this tragic situation".

In a separate news conference, German Chancellor Angela Merkel and French President Emmanuel Macron urged the member states to do more in this regard, with Macron saying the migration crisis was not only for some countries, and EU states should deal with it jointly.

Merkel said the 27 member states must agree on sharing the migrants, and no achievement on this issue was recorded yet.

A final communique released at the end of the summit said: "The European Council remains committed to the Union's comprehensive approach to migration, effective control of external borders to stem and prevent illegal flows and the reform of the Common European Asylum System, and the full and non-discriminatory implementation of the EU-Turkey Statement in all its aspects and towards all Member States."

In a separate news conference, British Prime Minister Theresa May said the EU citizens living in the U.K. could stay in the country after the Brexit.

"I want all those EU citizens who are in the U.K. who’ve made their lives and homes in our country, to know that no one will have to leave," she said.

"This is a fair and serious offer - it gives those three million EU citizens in the U.K. certainty about the future of their lives, and we want the same certainty for the more than one million U.K. citizens who are living in the European Union," she added.

Also speaking on defense, May said the U.K. "have welcomed plans for Europe to step up cooperation on capabilities, and for the EU and NATO to work more closely together".

"The UK will always be committed to the defense of Europe," she said.