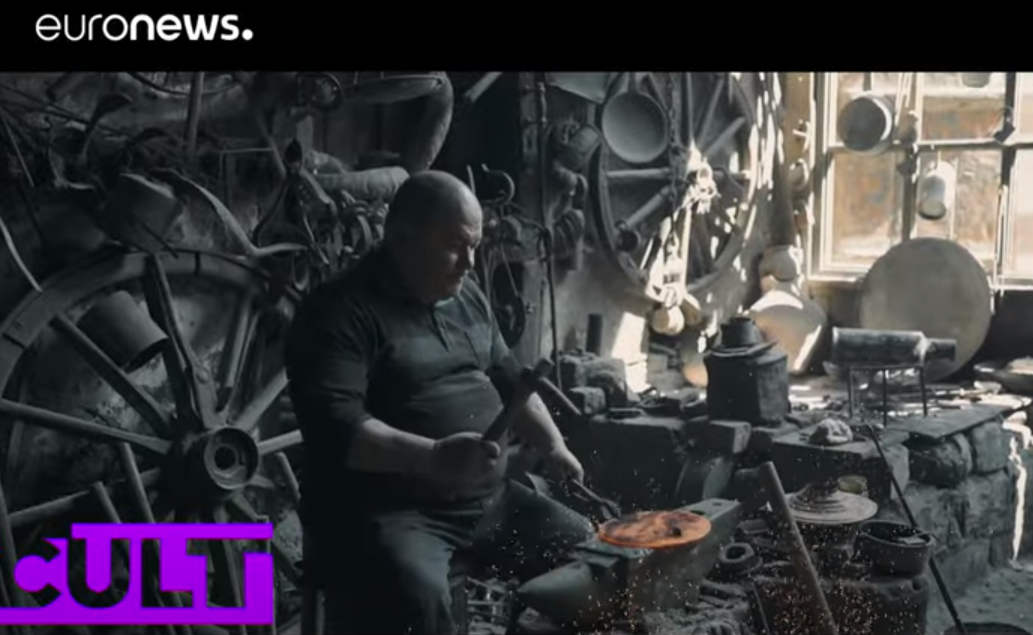 Euronews channel has prepared a video report on Azerbaijan's village of Lahic in the Ismayilli district, News.Az reports.

Lahic is about a three-hour drive west of Baku. Its narrow cobbled streets, houses made of stones from the river, workshops and stores look just as they did centuries ago.

Lahic has long been known as the village of artisans. Crafts including leather production and carpet weaving are practiced there. However, it is the coppersmiths that made Lahic famous. Highly ornamental, locally manufactured copperware is the symbol of this small village.

"In 1923, there were over 200 operational copper workshops in Lahic," said Kamal Aliyev, Director of Lahic State Historical and Cultural Reserve.

Copper manufacturing is one of the oldest forms of metalwork. The practice of forming and decorating copperware dates back thousands of years, to not long after people first learned how to extract this metal from the ground.

The methods and practices of this craft have changed little over the years. Local Lahic coppersmiths still use traditional tools like sledgehammers and chisels. It's hard work that requires strength, stamina, and patience.

Today, copper tableware made in Lahic is on display in some of the world’s most famous museums, including the Louvre in Paris and it's highly valued locally too. As Kamal Aliyev says, they know that copper art in Lahic dates back centuries.

"Apart from that, in the various regions of Azerbaijan, archaeologists have discovered copper coins that were manufactured in Lahic during the Middle Ages", he adds.

In 2015, copper craftsmanship was inscribed on the UNESCO Representative List of the Intangible Cultural Heritage of Humanity.