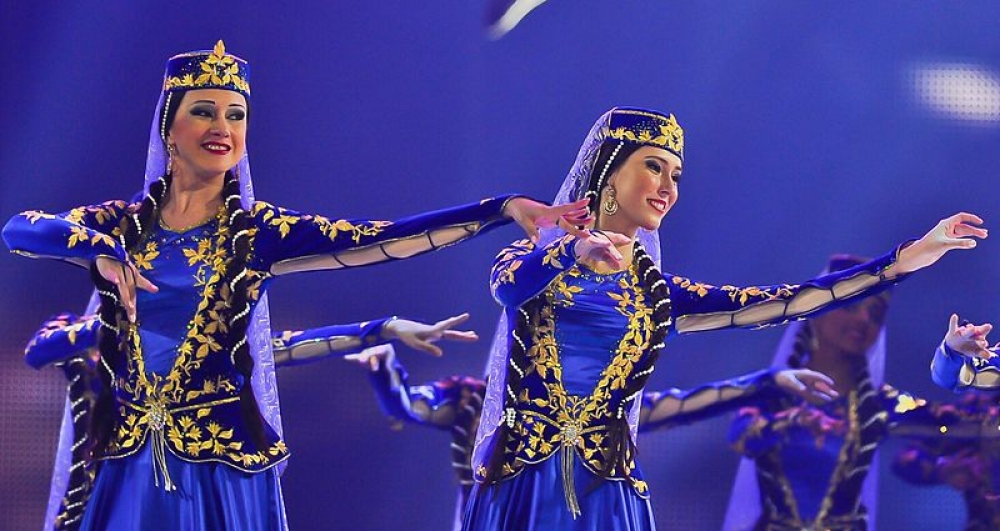 Euronews has published an article headlined “Traditional Azerbaijani dance lies at the heart of the Azerbaijani culture”.

The article reads: “Traditional Azerbaijani dance lies at the heart of the Azerbaijani culture, combining national music, choreography, and storytelling.

The folk dances of Azerbaijan are rooted in ancient heritage and history and vary hugely in style, from the beautifully intricate to the impressively athletic.

Founded in 1938, the Azerbaijan State Dance Ensemble has performed around the world.

When it comes to the costumes, hair, and make-up, no detail is forgotten.

The dance director must compile a diverse and exciting programme that showcases not only the steps but the costumes, too.

Saina Ahmedova is a Dance Teacher at the Azerbaijan State Dance Ensemble and she explained the dance style.

"Some difficult dance elements are typical for the Azerbaijani female dances, namely chest movements, accentuating the eyes, as well as a combination of both," said Ahmedova.

"Also, dancing with the glasses," Ahmedova added. "The glasses filled with syrup are balanced on the palms, and dancers have to make sure it does not spill while they dance."

Rufat Khalilzade is an Artistic Director with the dance group and he said the dance is challenging for the men too.

"Azerbaijani male dances depict an eagle spreading its wings on the top of the mountain, and getting ready to fly. See some of the dance elements the dancer performs on his toes, and those are truly difficult to perform."

"In general, men’s dances are a true competition, it is like they are saying: 'I will jump higher than you, perform the most difficult element even faster.' This competition is in itself the symbol of braveness and manliness, and this is what the dance is portraying."