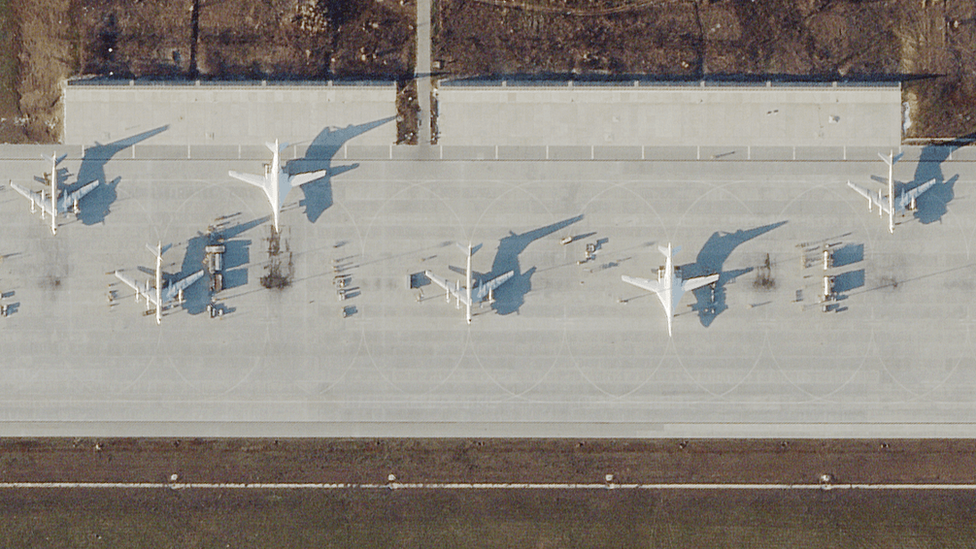 A fuel tanker exploded killing three and injuring six in an airfield near the city Ryazan, south-east of Moscow.

Another two people are reported to have been hurt in an explosion at an airfield in the Saratov region.

It is not known what caused the blasts. Both areas are hundreds of kilometres from the Ukrainian border.

Long-range Russian strategic bombers are believed to be based at the Engels airbase in the Saratov region.

The Saratov regional governor said security forces were checking what he called "reports of an incident at military installations".

These reports - of two explosions at two different military sites - will fuel speculation that Ukraine may be behind them, the BBC's Russian editor Steven Rosenberg says.