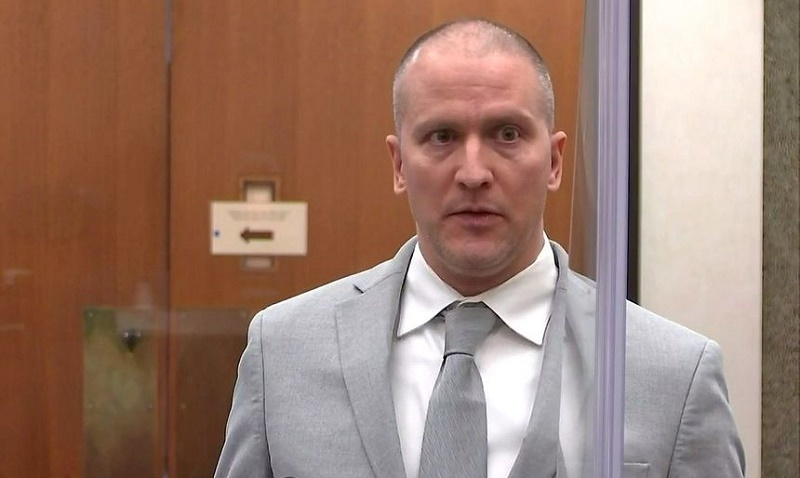 Derek Chauvin, a former police officer in the U.S. city of Minneapolis, appeared for a change of plea hearing in St. Paul, Minnesota, on Wednesday at which he pleaded guilty to federal charges of violating George Floyd's civil rights, Xinhua reports.

"Guilty, your honor," Chauvin, dressed in orange short-sleeve prison shirt, said in the court to confirm his pleas. He pleaded not guilty to those charges in September.

The federal civil case was on top of a state criminal case where Chauvin was convicted in April of second-degree unintentional murder, third-degree murder and second-degree manslaughter for the killing of Floyd.

He was sentenced to 22 and a half years in prison in the state murder case, but may serve only two-thirds of the jail term, or 15 years, and be eligible for supervised release for the remaining seven and a half years, according to Minnesota sentencing guidance.

Sentencing for the federal case will be announced on another date, which has not been set by Judge Paul Magnuson of the U.S. District Court in St. Paul, where Wednesday's hearing was held. Federal prosecutors have recommended 300 months, or 25 years, in prison to be served concurrently with Chauvin's sentence on state murder charges.

The former police officer at the hearing also admitted guilt in another case in which he was accused of assaulting a then 14-year-old boy during an arrest in 2017.

Video footage captured by bystanders showed Chauvin put his knee on Floyd's neck for 9 minutes and 29 seconds on May 25, 2020, while the black man was pinned to the ground, gasping for air and saying "I can't breathe."

Three other former officers involved in Floyd's death - Thomas Lane, J. Kueng and Tou Thao - were also indicted on federal charges. Their trial on those charges is scheduled for January, with a state trial on aiding and abetting counts set for March.

The brutal killing of Floyd sparked protests across the United States against police brutality and racial injustice.