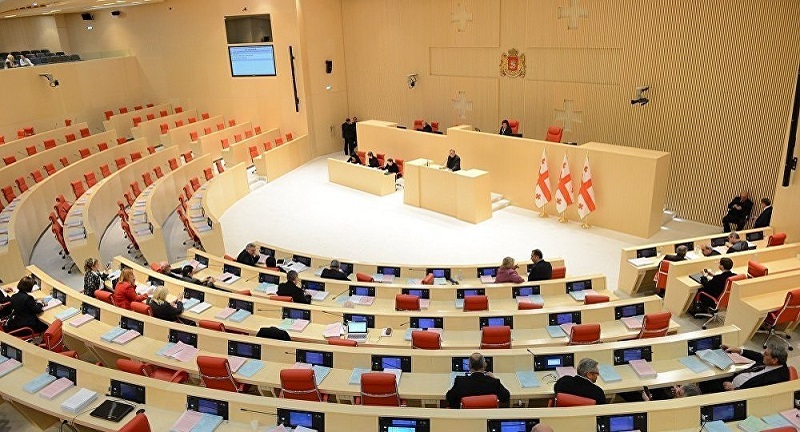 The newly elected parliament of Georgia will convene its first session at 12 p.m. on December 11. However, it will be comprised only of ruling Georgian Dream party members, as the opposition refuses to attend, Agenda.ge reports.

Opposition politicians voted into parliament remain unanimous in their decision to boycott the new parliament, and say they intend to have their MP status rescinded.

Expressing readiness to continue negotiations with the opposition, ruling party executive secretary Irakli Kobakhidze hopes they would end the boycott one day.

"Let’s wait and see", he said at a news briefing earlier today, confident that opposition politicians will take their mandates eventually.

Meanwhile, during the briefing Kobakhidze, who will be the majority leader in the tenth convocation of parliament, has nominated new parliament speaker, his deputies and the chairs of committees.

If opposition United National Movement/Strength in Unity bloc representative Vakhtang (Buba) Kikabidze will attend the session he will be the senior MP to lead the session, otherwise the floor will be given to Georgian Dream member Lado Kakhadze.

Meanwhile, Central Election Commission chair Tamar Zhvania will announce the results of elections and the related documentation for recognition of new MPs' authority. The Parliament shall acquire full powers if 2/3 of the MPs are recognised.

All of the MPs and the guests attending the first session of the new parliament are required to wear protective face masks to prevent the spread of the coronavirus.