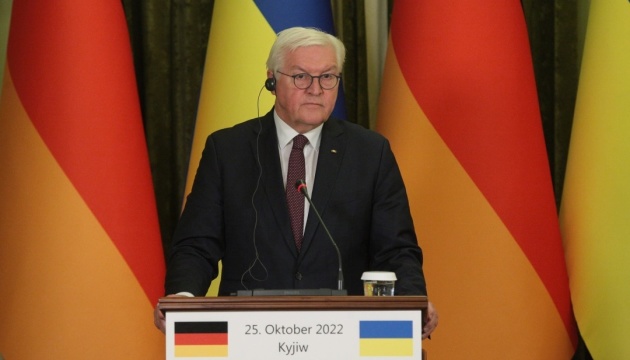 He made the remarks at a joint press conference with Ukrainian President Volodymyr Zelenskyy in Kyiv, News.az reports citing Ukrainian media.

“I promised Mr. President today that two MARS systems will be delivered in the near future and four our Panzerhaubitze 2000 will be also transferred to Ukraine within the next few days,” Steinmeier said.

German President Frank-Walter Steinmeier arrived in Kyiv on Tuesday – the first visit since the outbreak of the Russia-Ukraine war.