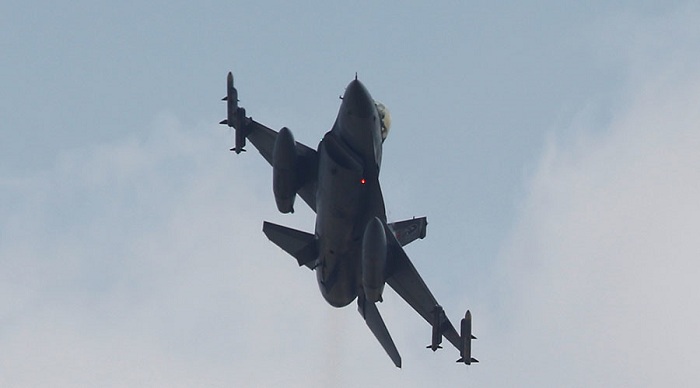 Tensions between Greece and Turkey - both NATO members - are mounting after Athens accused Ankara of violating Greek airspace.

Tensions between Greece and Turkey - both NATO members - are mounting after Athens accused Ankara of violating Greek airspace above historically disputed islets, and with the fallout over Greece’s refusal to hand over coup suspects to Turkey still fresh, azvision.az reports.

The Greek Defense Ministry said it has registered 138 violations of the country’s airspace on Wednesday, Reuters reported citing the minister who claimed that all the violators have been “intercepted.”

“We want peace, we are not looking for a fight or for trouble in the Aegean, but there won`t be an aircraft which will not be intercepted,” Greek Defence Minister Panos Kammenos told Antenna Television.

All the airspace violations occurred in the central and southern Aegean above tiny Greek islets, disputed by the two countries.

The already strained relations between the two NATO nations escalated quickly after the Greek Supreme Court last Thursday, blocked the extradition of Turkish military officers whom Ankara accused of involvement in the botched coup attempt in July 2016.

The top court’s ruling is final and cannot be disputed even by the country’s Justice Ministry. The officers applied for political asylum in Greece, but their petitions are still being considered.

The dispute around the rogue Turkish officers promptly shifted to the biggest stumbling block in Turkey-Greece bilateral relations – the disputed Aegean islets.

The small, rocky and uninhabited islets lay very close to mainland Turkey and cause inevitable land and territorial water disputes. In 1996, the two countries, were on the brink of war over the Imia (Kardak in Turkish) islets. That conflict was defused when NATO and US officials intervened and the status-quo was restored.

The historical demarcation dispute escalated dramatically at the beginning of the year, when Greece’s Deputy Ministry of Shipping and Island Policy announced plans to make 28 tiny rocky Aegean islets habitable.

Senior Turkish military commanders on Monday decided to sail on a Turkish Navy vessel past the Islet of Imia. That demarche caused a tense standoff with Greek gunboats.

In an apparent tit-for-tat, Kammenos flew in a helicopter over the disputed islets and dropped a wreath into the troubled waters to commemorate the Greek victims of the 1996 standoff. The official account states that three Greek officers died in a helicopter crash, but some experts allege the vehicle was actually brought down by Turkish fire.