Heroization of fascism should have no place in CIS - Azerbaijani FM 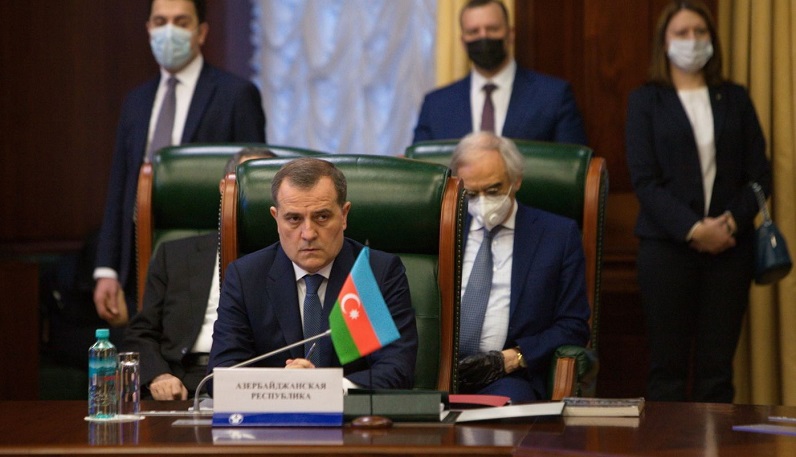 Speaking at the meeting, the Minister drew attention to the issues on the agenda of the meeting, noting that the continuation of cooperation in the humanitarian sphere will further contribute to the strengthening of interstate relations and the development of the Commonwealth.

Minister Jeyhun Bayramov stressed the great contribution of Azerbaijan to the victory over fascism, emphasizing the decision “On the draft address of the heads of member states of the Commonwealth of Independent States to the peoples of the Commonwealth and the world community on the occasion of the 80th anniversary of the outbreak of the Great Patriotic War of 1941-1945”. It was noted that the adoption of this decision is of great importance in the fight against the ideology of Nazism and its various forms of propaganda, it was noted with regret that today Nazism is being promoted in the CIS, and in particular, a monument to fascist Garegin Nzhdeh is erected in the center of the Armenian capital. The Minister stressed that the heroization of fascism should have no place in the CIS.

The Minister further stressed that as a result of the successful counter-offensive operation of the Azerbaijani Army, the occupied territories of Azerbaijan were liberated and the territorial integrity of the Republic of Azerbaijan was restored. The efforts of the Russian Federation and, in particular, the active mediation of President Vladimir Putin in the adoption of the trilateral statement of November 10, 2020, were praised.

Highly appreciating the activities of the Joint Russian-Turkish Monitoring Center, the Foreign Minister noted with satisfaction that a new format has been created to strengthen security and cooperation in the region.

Minister Jeyhun Bayramov drew the attention of the participants to the terrible destruction and vandalism that all cities and settlements were subjected to during the occupation, the deliberate looting of religious and cultural monuments, the conversion of mosques into pig pens. It was noted that the reconstruction and restoration of these areas is underway.

The Minister also highly appreciated the agreements reached within the framework of the trilateral statements and brought to the attention of the event participants that the opening of communications would benefit the entire region and open up new prospects for regional cooperation.

Minister Jeyhun Bayramov stressed that Azerbaijan is fully committed to its obligations and, in accordance with the trilateral statement, returned all prisoners of war to Armenia. At the same time, the Minister drew attention to the actions of the Armenian side, which contradict the norms of international law and the trilateral statement, including the attempts of Armenian military personnel to illegally enter the territory of the Republic of Azerbaijan, as well as the fact that Armenia has not yet provided Azerbaijan with information about mines planted in the territories of Azerbaijan liberated from the occupation.

In conclusion, the Minister expressed hope for the support of the international community and, in particular, our closest partners from the CIS member states in matters of mine clearance and restoration of the liberated territories, creating appropriate conditions for peaceful coexistence in these territories.

At the same time, in his speech, Minister Jeyhun Bayramov touched upon other issues on the agenda.