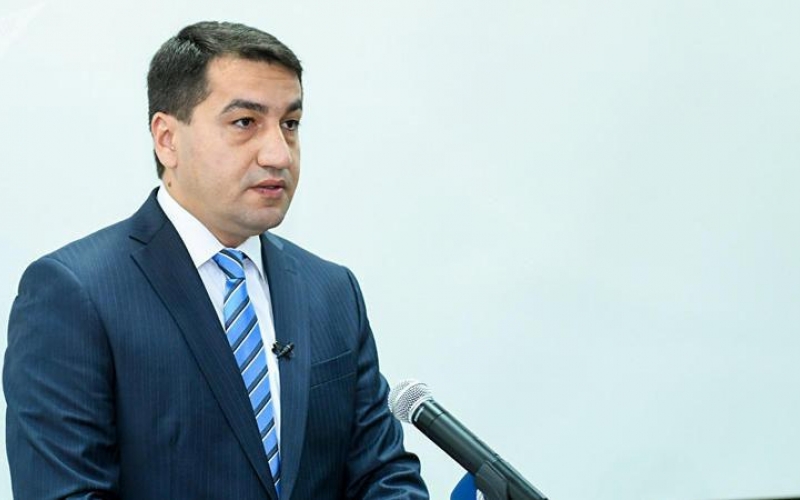 The European Union hosted a meeting of high-level officials from Armenia and Azerbaijan in Brussels today to advance joint efforts to find solutions to a range of issues between both countries. In particular, discussions focused on preparations for the upcoming meeting between President Charles Michel of the European Council, President Ilham Aliyev of the Republic of Azerbaijan and Prime Minister Nikol Pashinyan of the Republic of Armenia in Brussels on 6 April 2022, News.az reports citing the press service of the EU.

The meeting between Secretary of the Security Council of the Republic of Armenia, Armen Grigoryan, and Assistant to the President of the Republic of Azerbaijan, Hikmet Hajiyev, was facilitated by EU Special Representative for the South Caucasus Toivo Klaar.

During substantive discussions, which also included a separate bilateral conversation between Mr Hajiyev and Mr Grigoryan, the participants reviewed the political and security situation and the full spectrum of issues between Armenia and Azerbaijan as a follow-up to the understandings reached during the meeting of leaders of both countries and President Michel, held in Brussels on 14 December 2021.

The participants agreed to meet again over the coming weeks in order to continue discussions, among others on issues raised during the leaders’ meeting of 14 December 2021. Armenia and Azerbaijan will also address issues related to prospects for a peace agreement between them.

The European Union remains committed to continue its engagement towards sustainable peace and stability in the South Caucasus.