In photos: The surface of Mars 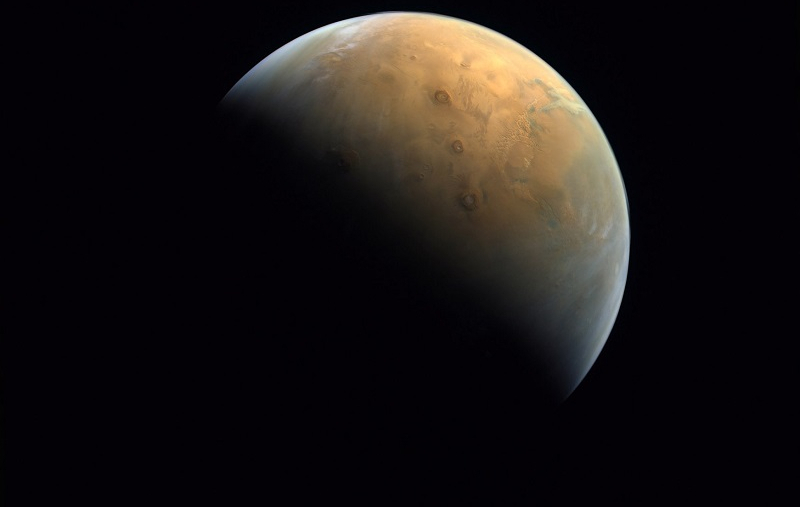 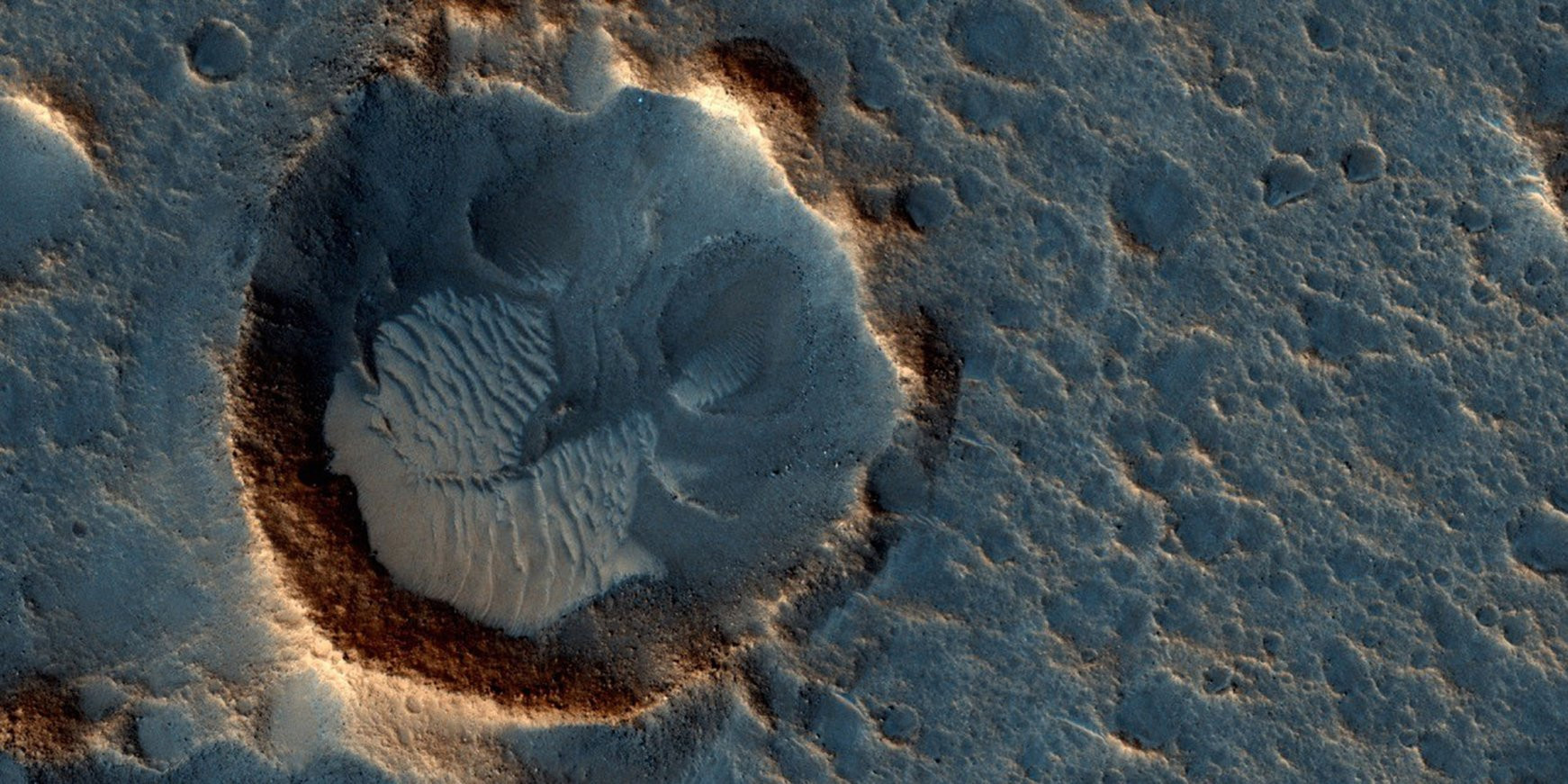 A location on Mars associated with the best-selling novel and Hollywood movie, "The Martian" is seen in an image from the High-Resolution Imaging Science Experiment (HiRISE) camera on NASA's Mars Reconnaissance Orbiter taken May 17, 2015.

This area is in the Acidalia Planitia region and in the novel and the movie, it is the landing site of a crewed mission named Ares 3. (NASA VIA REUTERS) 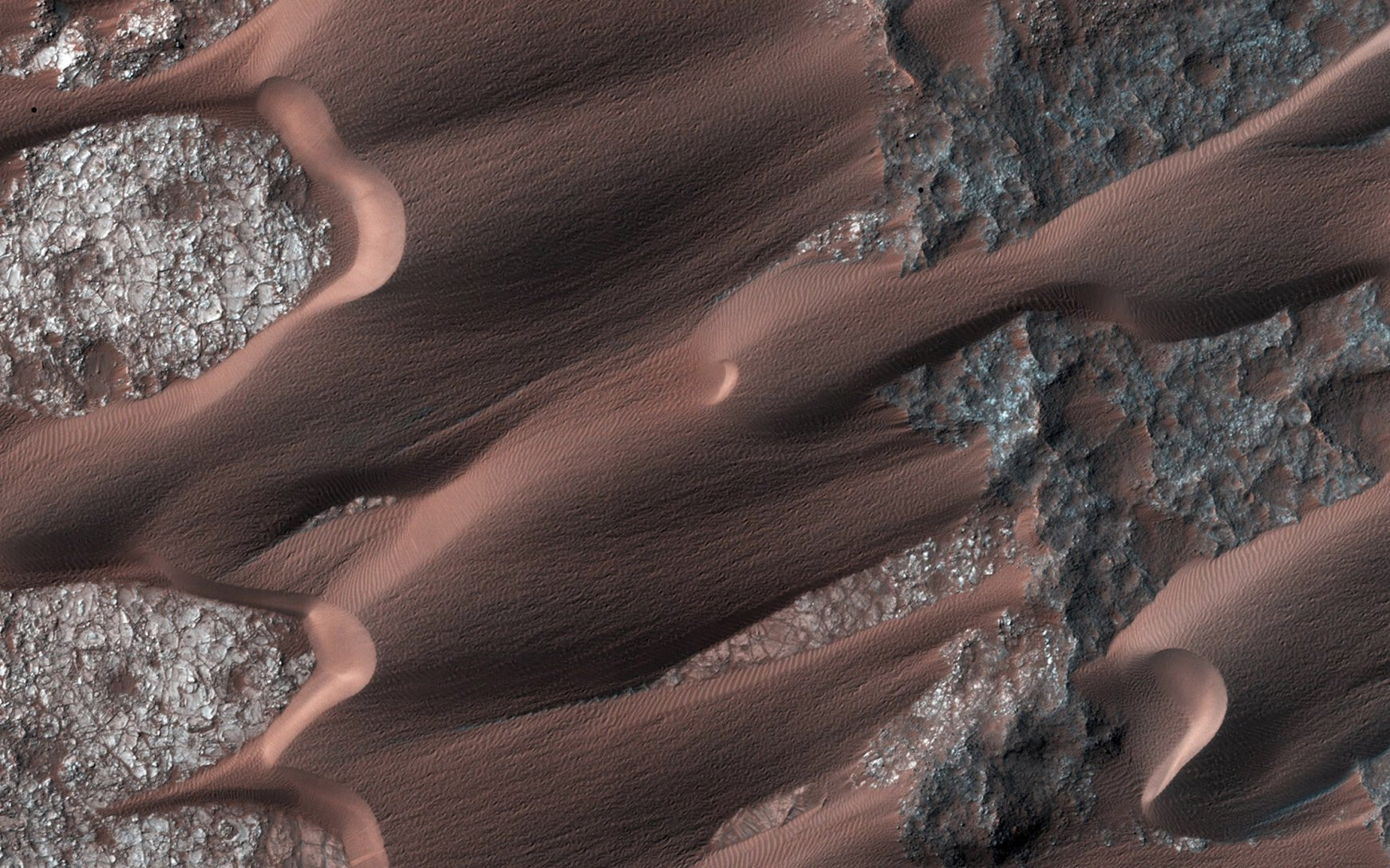 Nili Patera, one of the most active dune fields on the planet Mars is shown in this handout photo taken by NASA's Mars Reconnaissance Orbiter on March 1, 2014, and provided by NASA on May 2, 2014.

By monitoring the sand dune changes, NASA can determine how winds vary seasonally and year-to-year. (NASA VIA REUTERS) 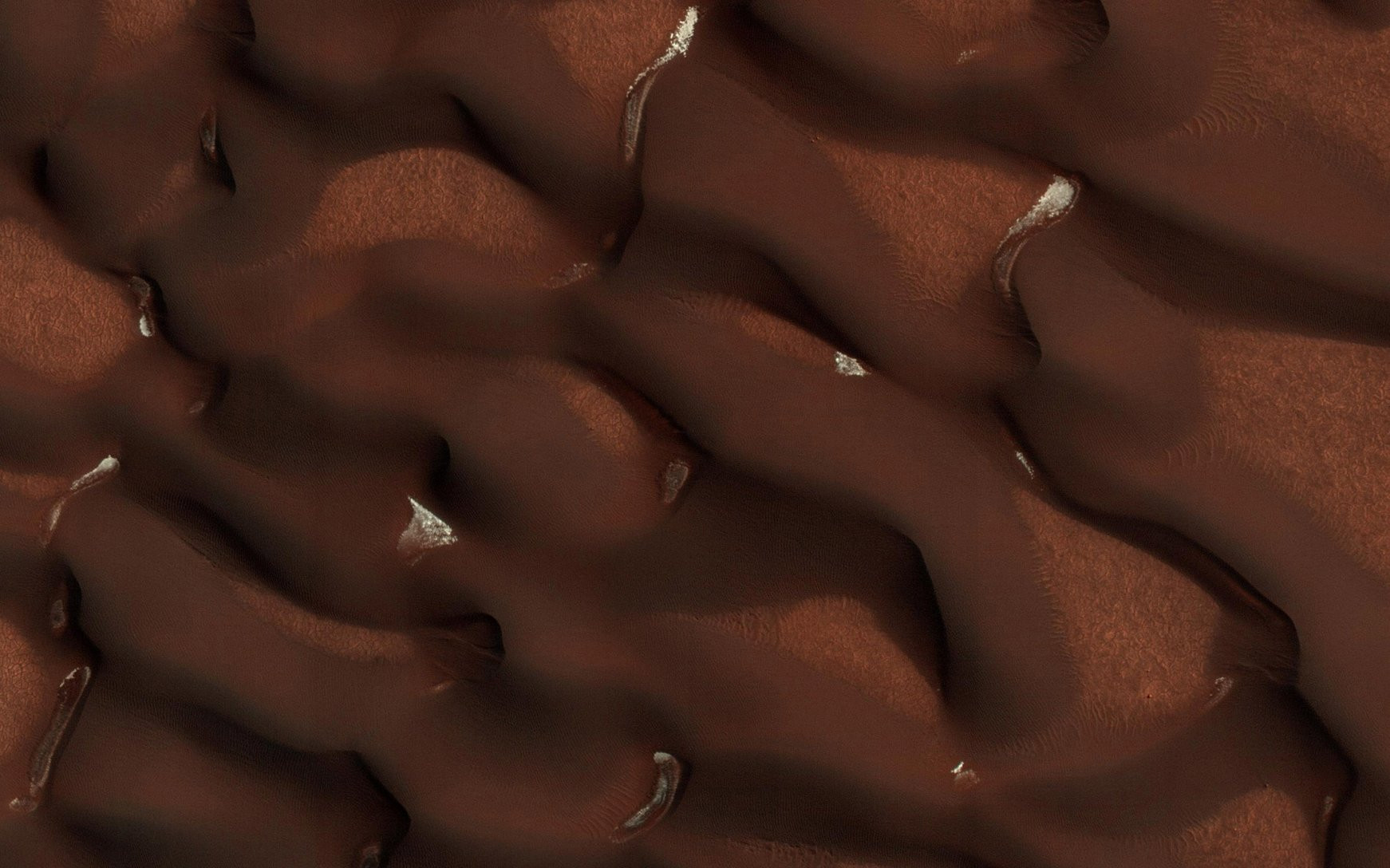 Dunes on Mars are almost free of their seasonal ice cover during early Martian summer, with pockets of ice still visible in areas protected by shade, as seen in this Mars Reconnaissance Orbiter image obtained Sept. 26, 2018. (NASA VIA REUTERS) 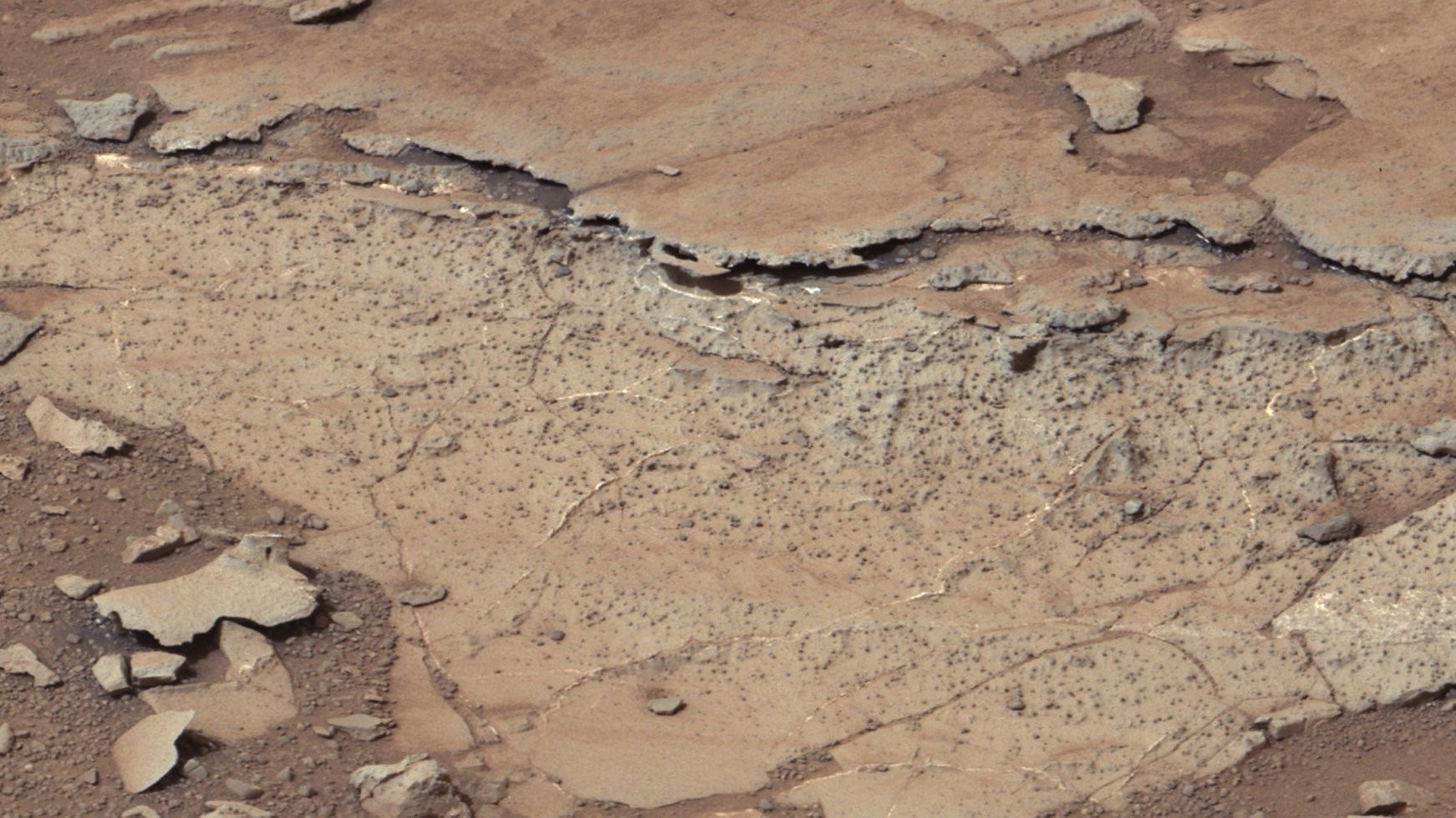 This image from the right Mast Camera (Mastcam) of NASA's Curiosity Mars rover shows rough spherical features on the surface of the planet in an area called 'Yellowknife Bay' in this NASA handout released Jan. 15, 2013.

These features are interpreted as concretions, implying they formed in water that percolated through pores in the sediment. Spherical concretions have previously been discovered in other rocks on Mars. (NASA VIA REUTERS) 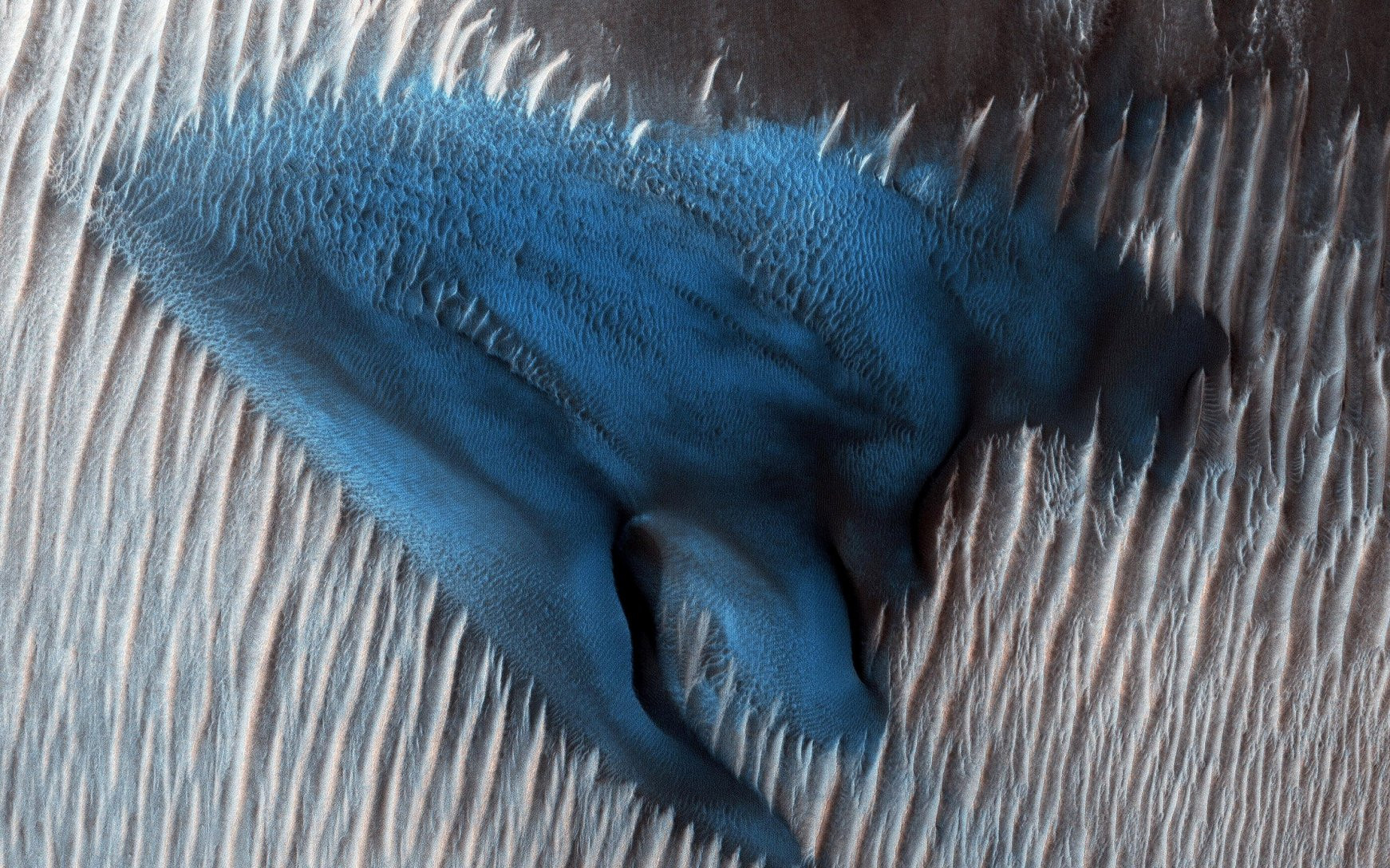 A field of barchan sand dunes appears turquoise blue on the surface of Mars in this enhanced image taken by the Mars Reconnaissance Orbiter, Jan. 24, 2018. (NASA VIA REUTERS) 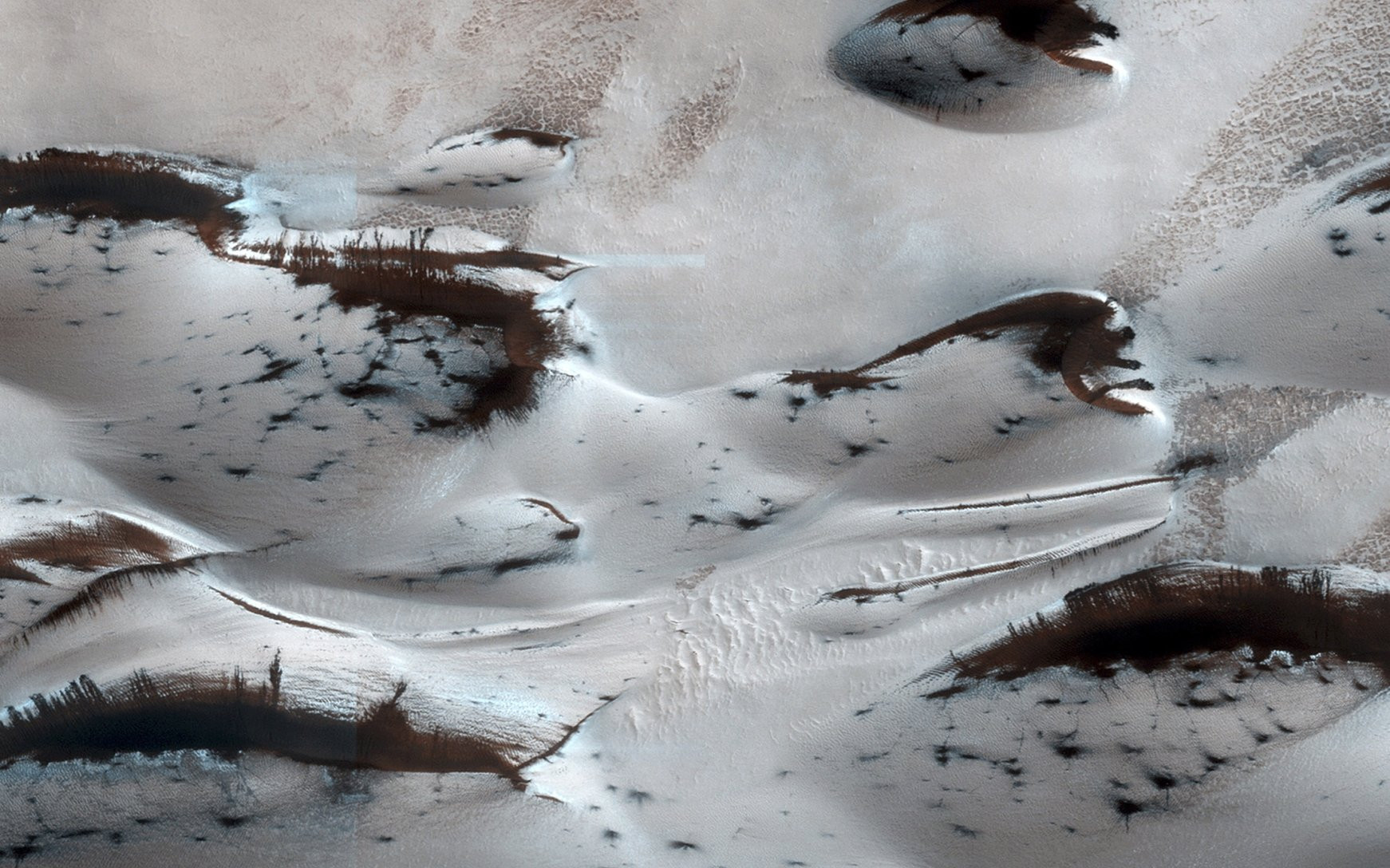 Mars’ northern-most sand dunes are seen as they begin to emerge from their winter cover of seasonal carbon dioxide (dry) ice in this image acquired by the HiRISE camera aboard NASA's Mars Reconnaissance Orbiter on Jan. 16, 2014. The steep lee sides of the dunes are also ice-free along the crest, allowing sand to slide down the dune. Dark splotches are places where ice cracked earlier in spring, releasing sand, according to a NASA news release. (NASA VIA REUTERS) 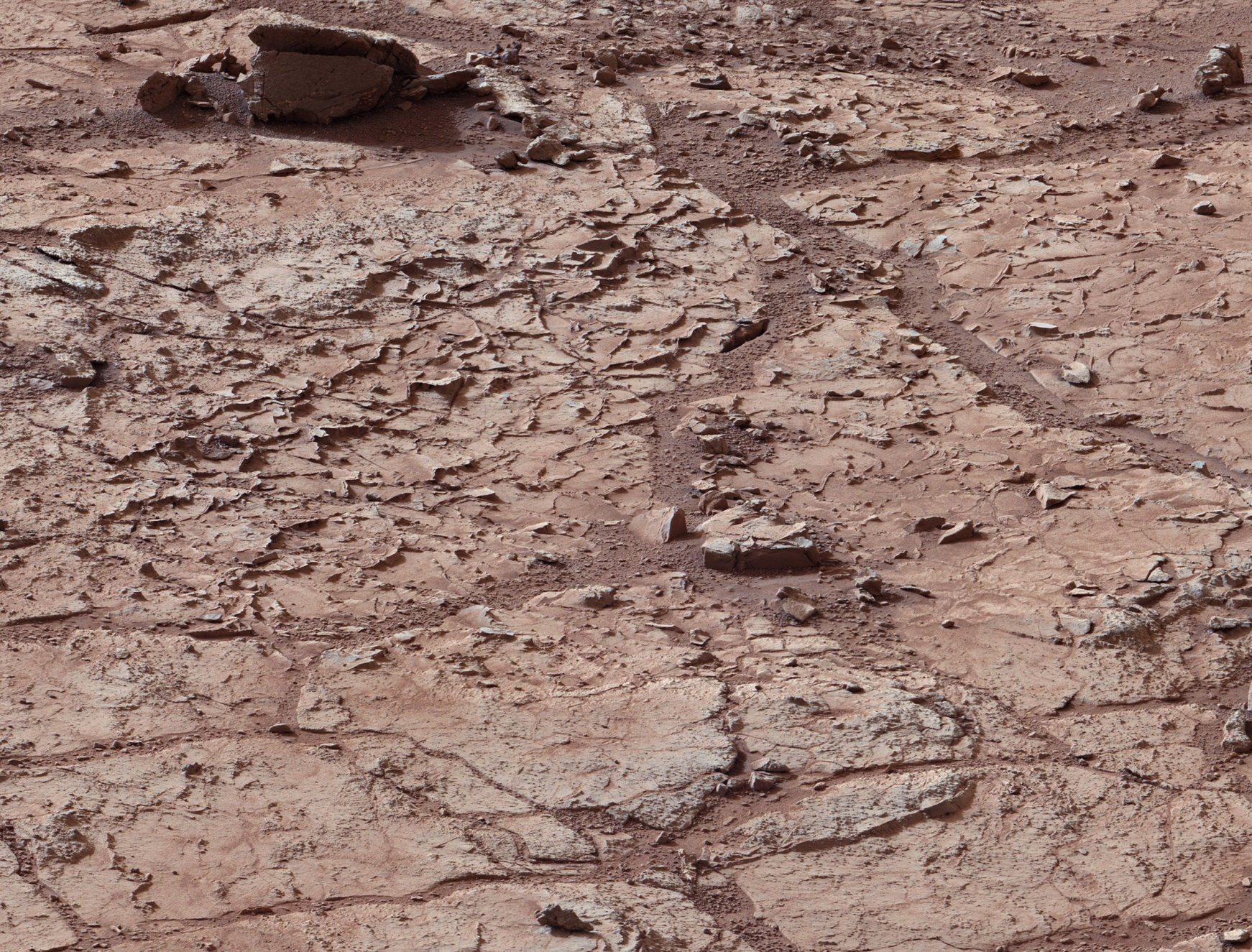 The surface of the planet Mars inside Gale's Crater is shown as NASA's Mars rover Curiosity drives toward a flat rock with pale veins that may hold clues to a wet history on the planet in this NASA handout photo released Jan. 15, 2013. If the rock meets rover engineers' approval when Curiosity rolls up to it in the coming days, it will become the first to be drilled for a sample during the Mars Science Laboratory mission. (NASA VIA REUTERS) 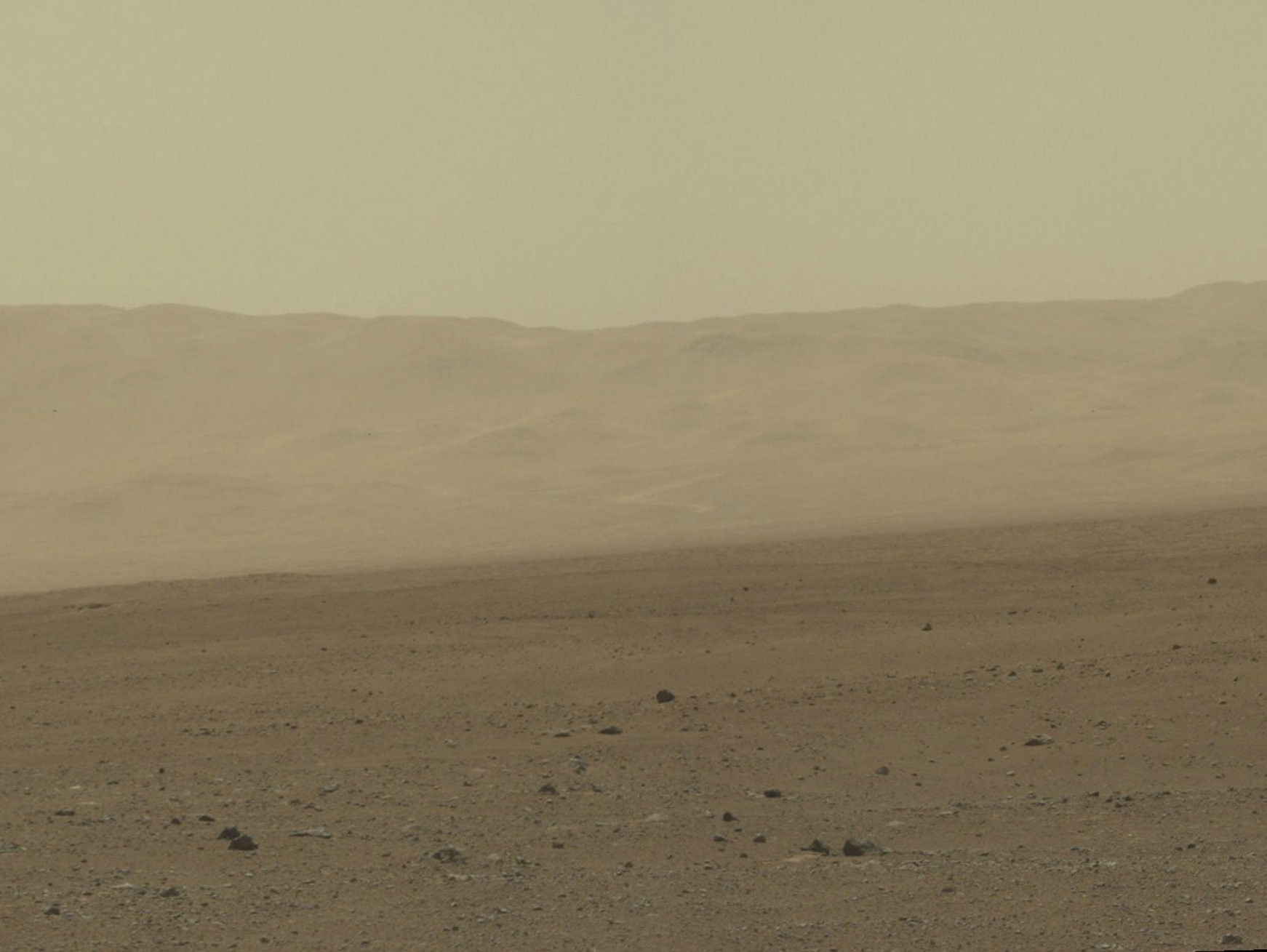 This color image taken on Aug. 8, 2012 from NASA's Curiosity rover, and released Aug. 13, shows part of the wall of Gale Crater, the location on Mars where the rover landed on Aug. 5, 2012. This is part of a larger, high-resolution color mosaic made from images obtained by Curiosity's Mast Camera. This image of the crater wall is north of the landing site, or behind the rover. Here, a network of valleys believed to have formed by water erosion enters Gale Crater from the outside. This is the first view scientists have had of a fluvial system – one relating to a river or stream from the surface of Mars. (NASA VIA REUTERS) 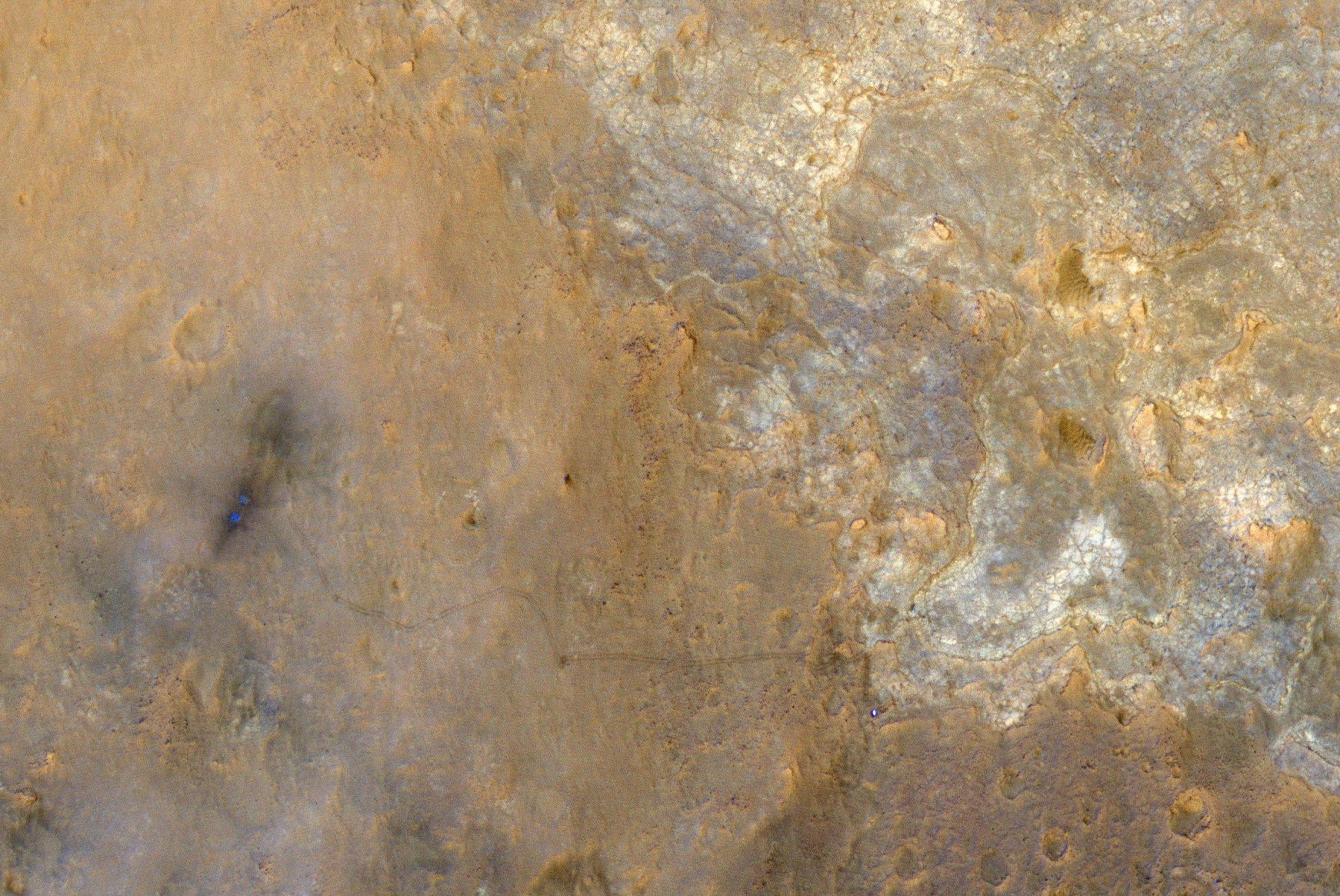 NASA's Mars Science Laboratory rover Curiosity appears as a bluish dot near the lower right corner of this enhanced-color view from the HiRISE camera on NASA's Mars Reconnaissance Orbiter taken on June 27, 2013 and released on July 24, 2013. The rover's tracks are visible extending from the landing site, "Bradbury Landing," in the left half of the scene. Two bright, relatively blue spots surrounded by darker patches are where the Mars Science Laboratory spacecraft's landing jets cleared away reddish surface dust at the landing site. (NASA VIA REUTERS) 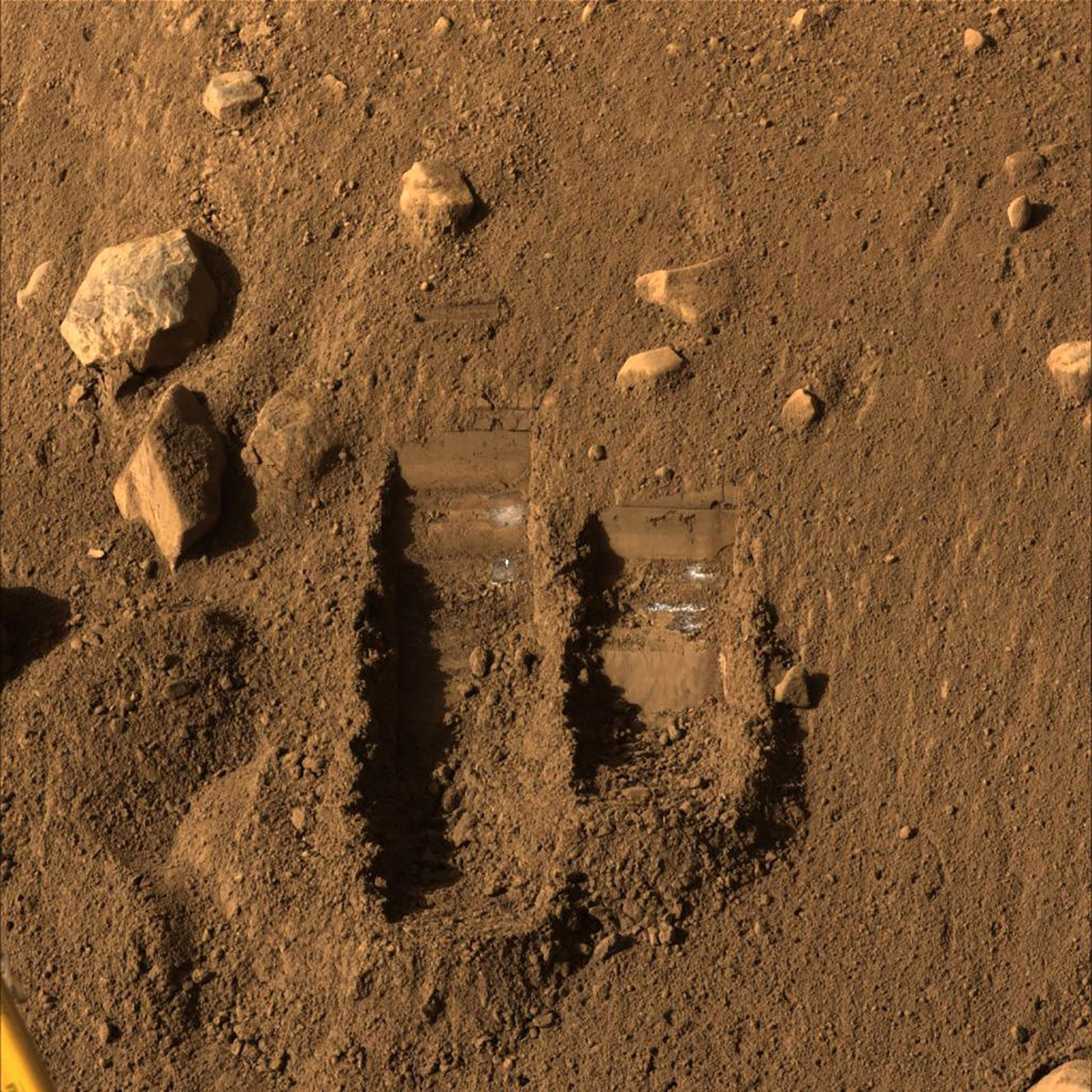 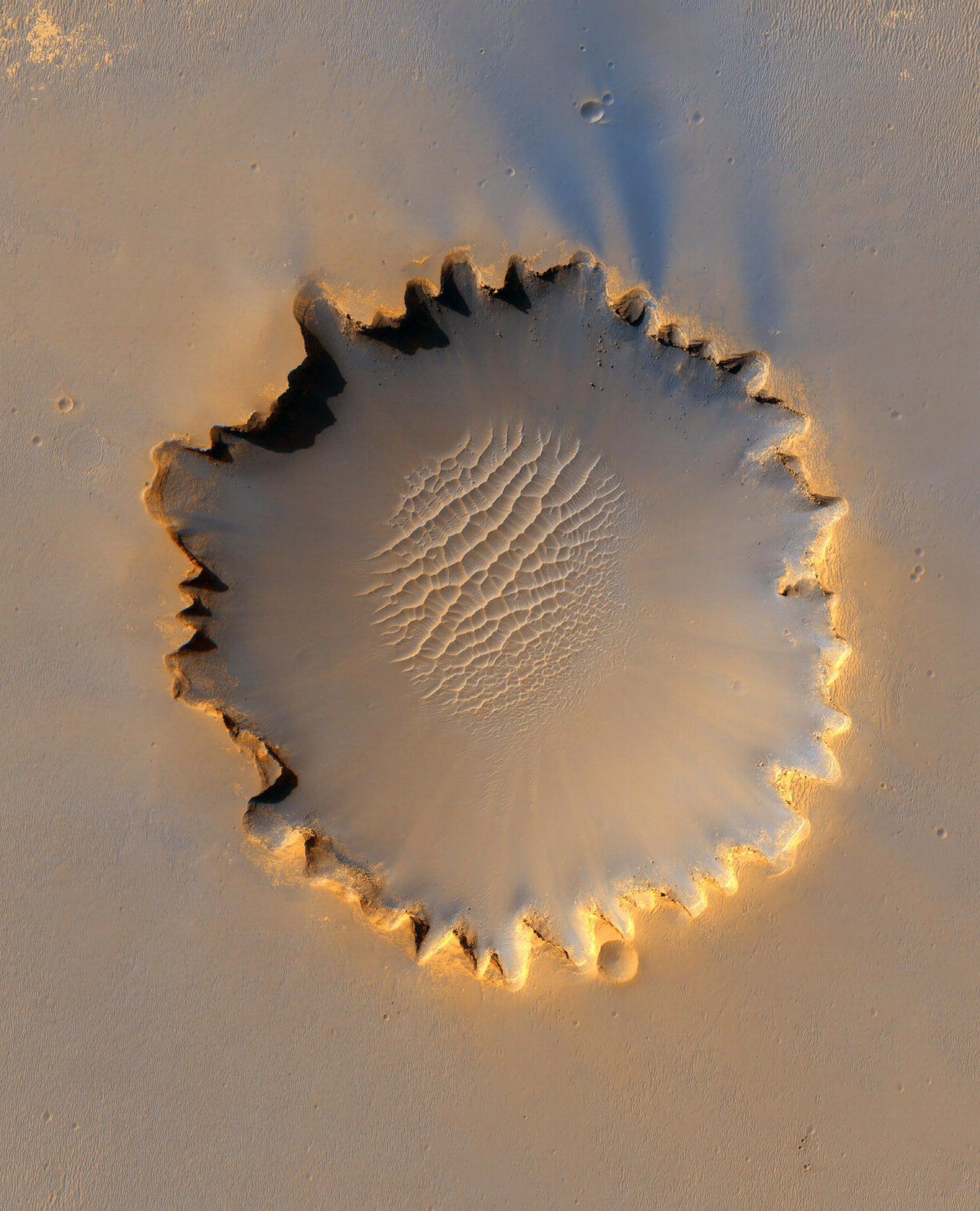 Mars' Victoria Crater at Meridiani Planum is seen in this image taken by NASA's HiRISE camera in this picture released Oct. 6, 2006. The crater has been a long-term destination for the Mars Rover mission for the past 21 months and is now being explored by Mars Rover Opportunity. (NASA VIA REUTERS)