In Photos: US, Canada hit by winter storm 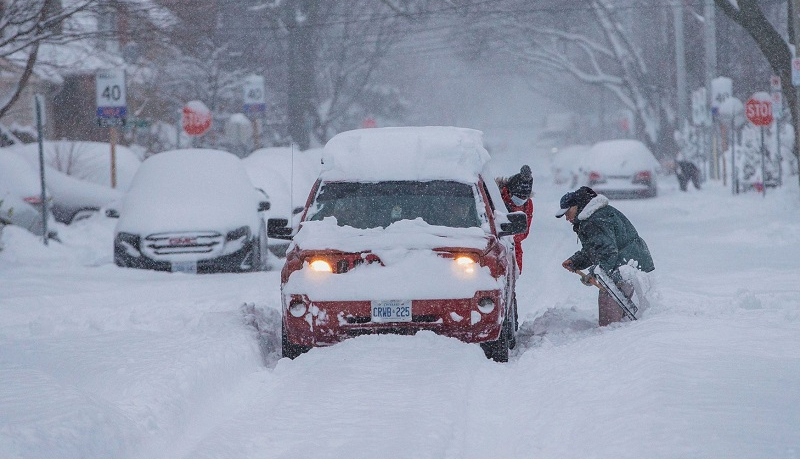 A major winter storm has brought heavy snow and ice to parts of the US and Canada, putting more than 80 million people under weather warnings.

More than 145,000 people are without power in some south-eastern states, and thousands of flights are canceled.

Virginia, Georgia, and North and South Carolina have all declared states of emergency.

The US National Weather Service (NWS) says more than 1ft (30cm) of snow is expected in some areas.

Snow and ice could result in "dangerous travel, power outages, and tree damage", the NWS warned.

There were also forecasts of possible coastal flooding in some areas, including in New York City and parts of Connecticut, with warnings that roads and infrastructure could be affected.

In Canada's Ontario province, which shares a border with New York state, officials issued storm warnings on Sunday morning for much of the south. Toronto, the capital of the province and Canada's largest city, is forecast to get seven inches (20cm) of snow.

More than 3,000 flights into and out of the US were canceled on Sunday, according to the FlightAware data tracking website. 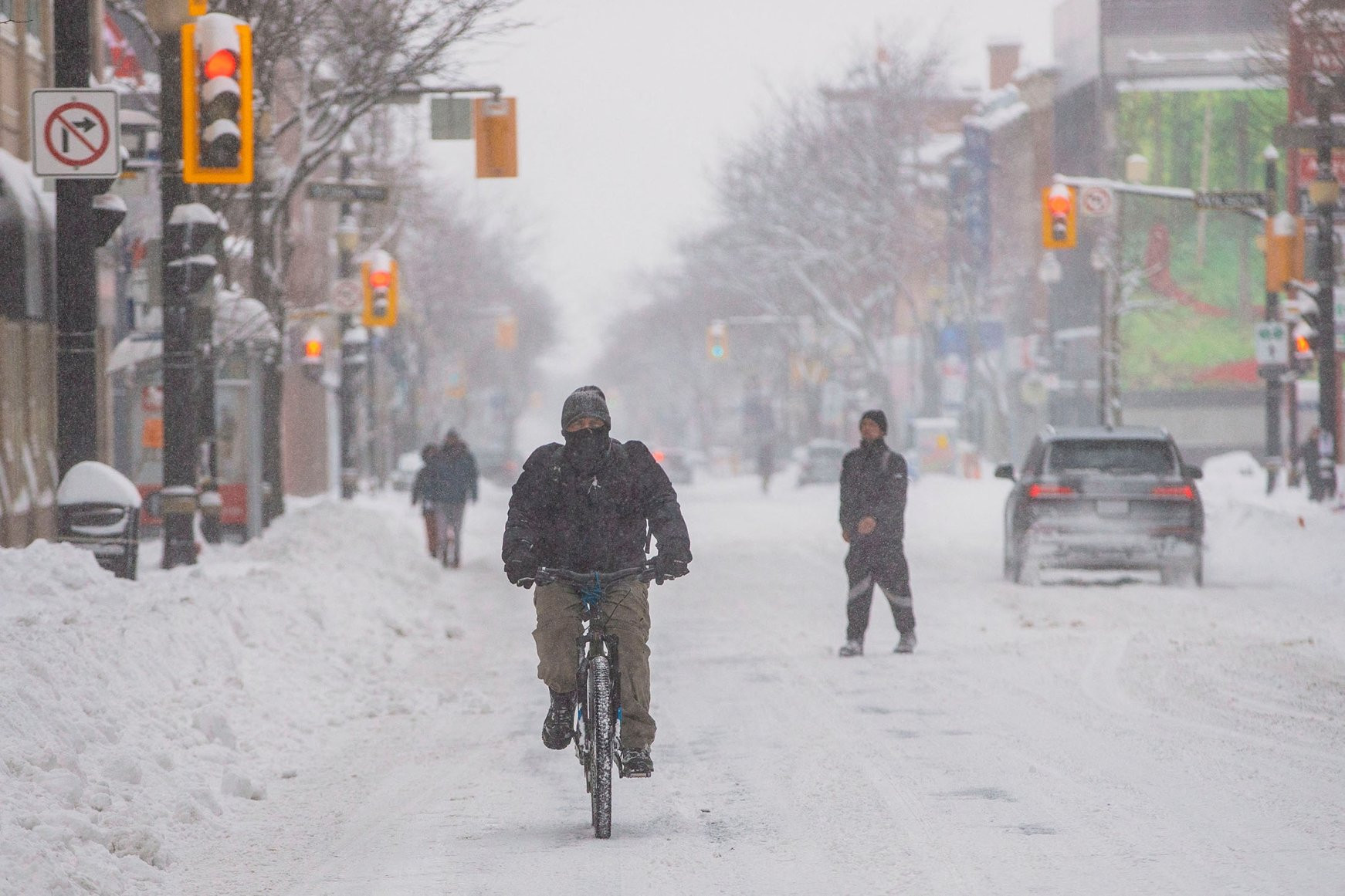 A person rides a bicycle during a snowstorm, in Hamilton, Ontario, Canada, Jan. 17, 2022. (REUTERS PHOTO) 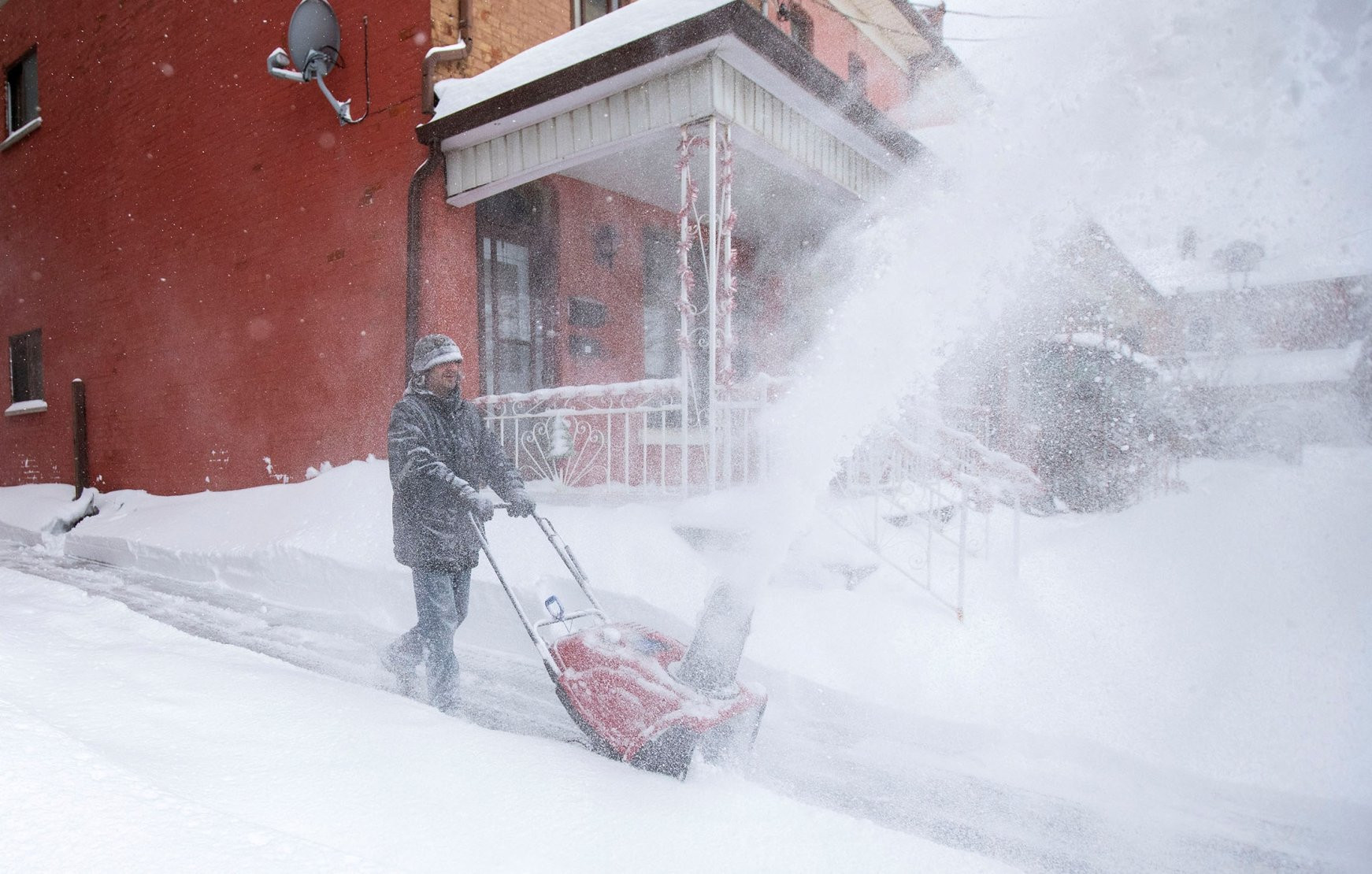 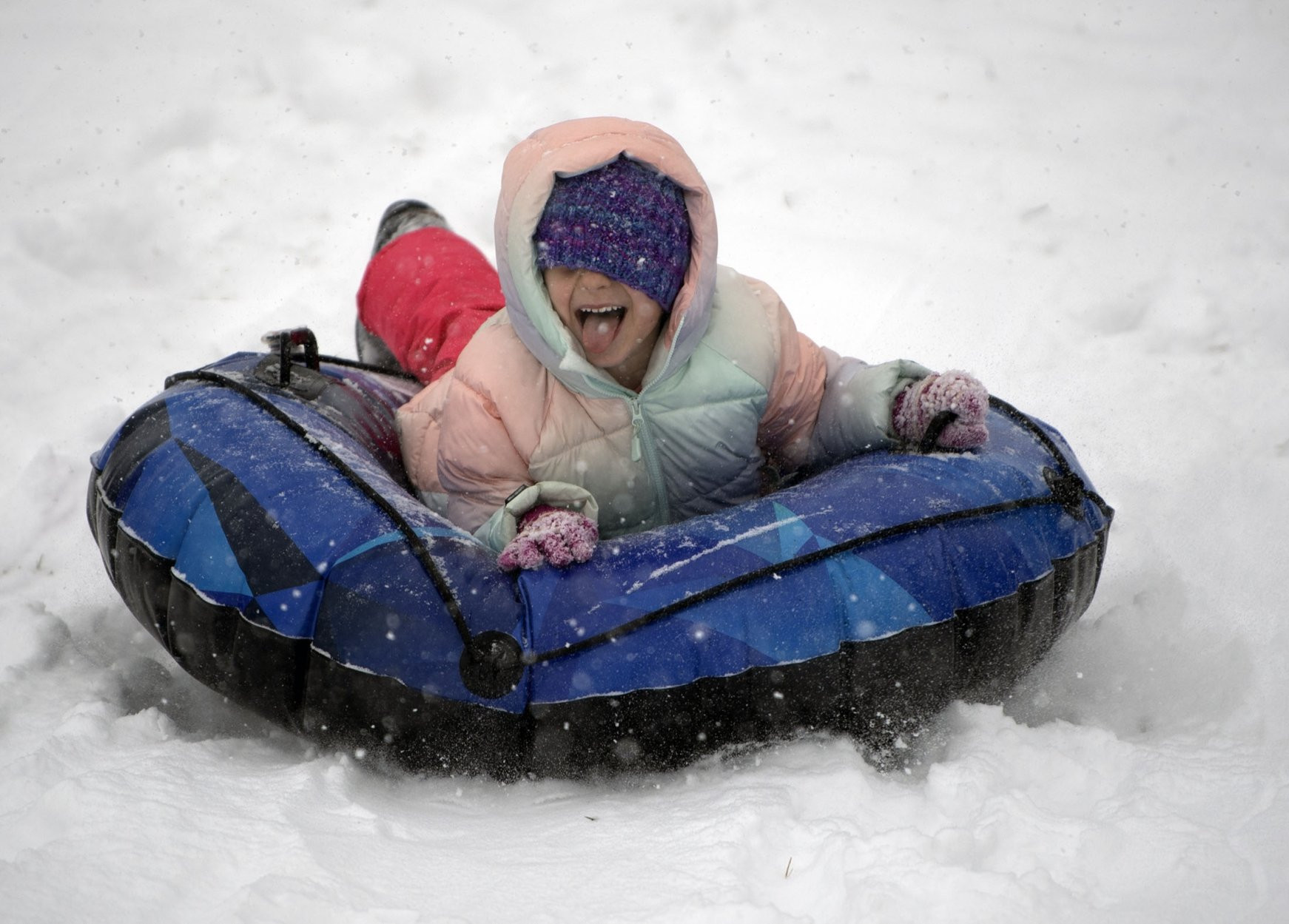 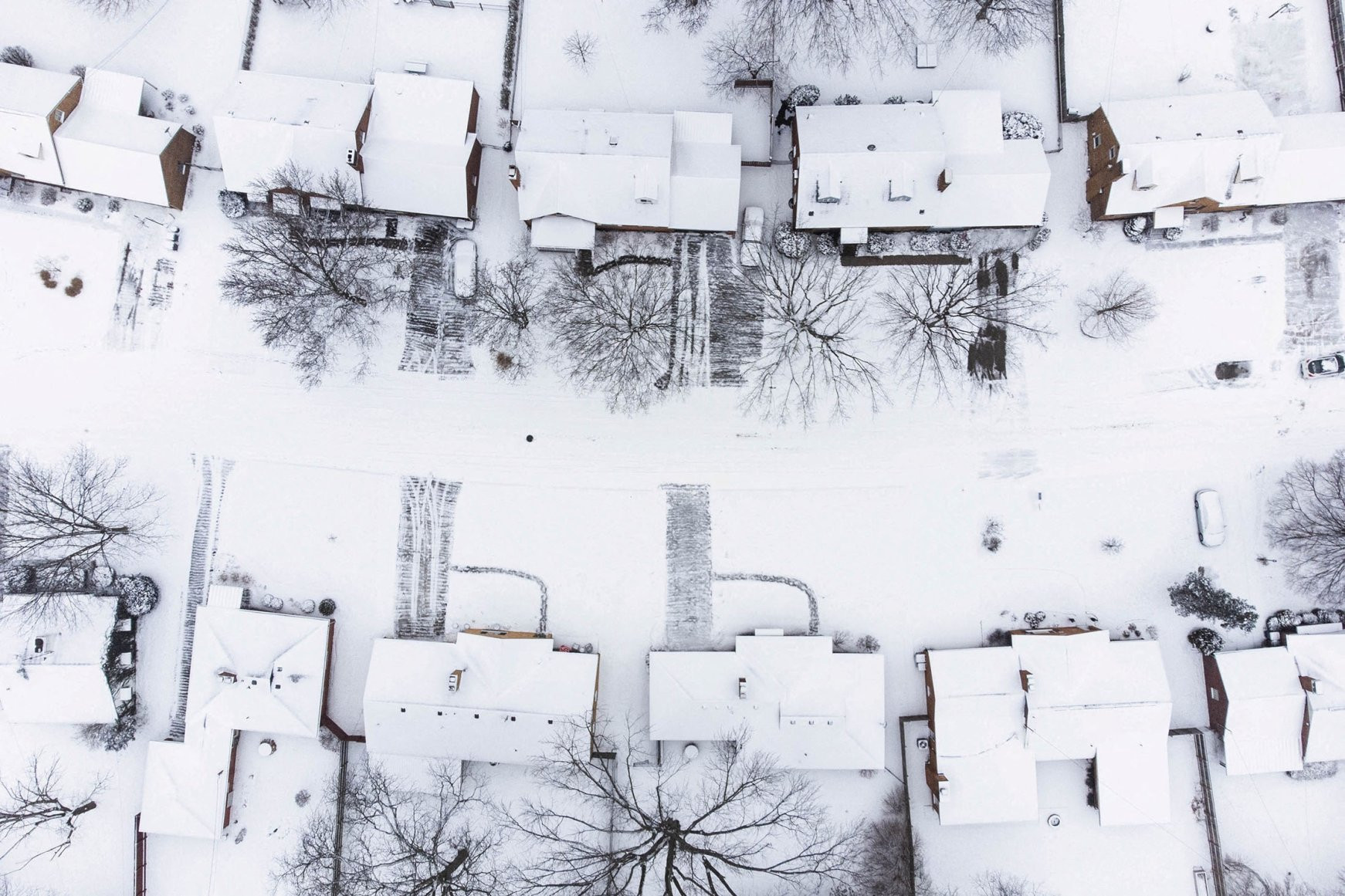 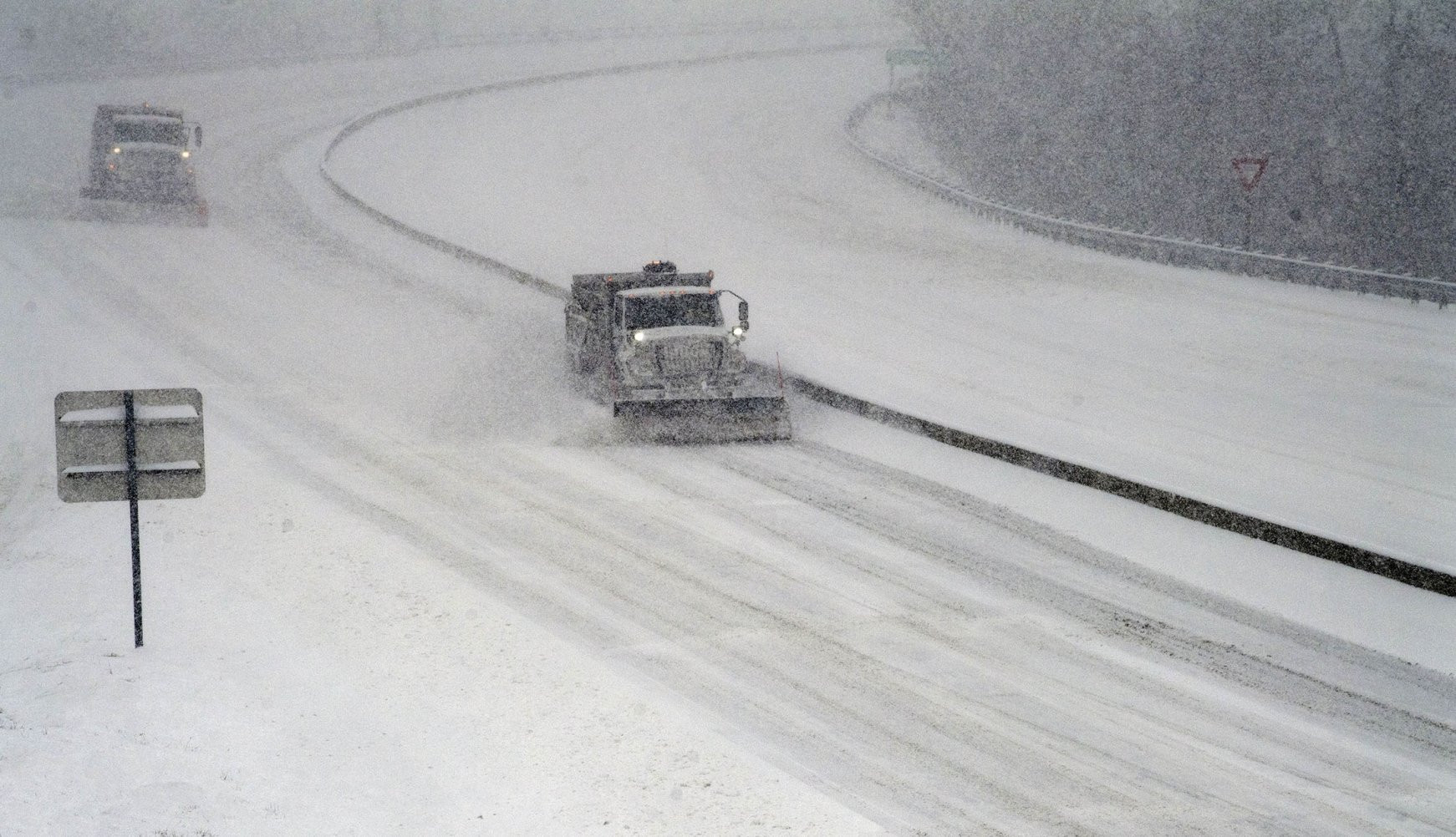 Virginia Department of Transportation snowplows attempt to keep I-581 clear for motorists during a winter storm, Jan. 16, 2022 in Roanoke, Va. (AP PHOTO) 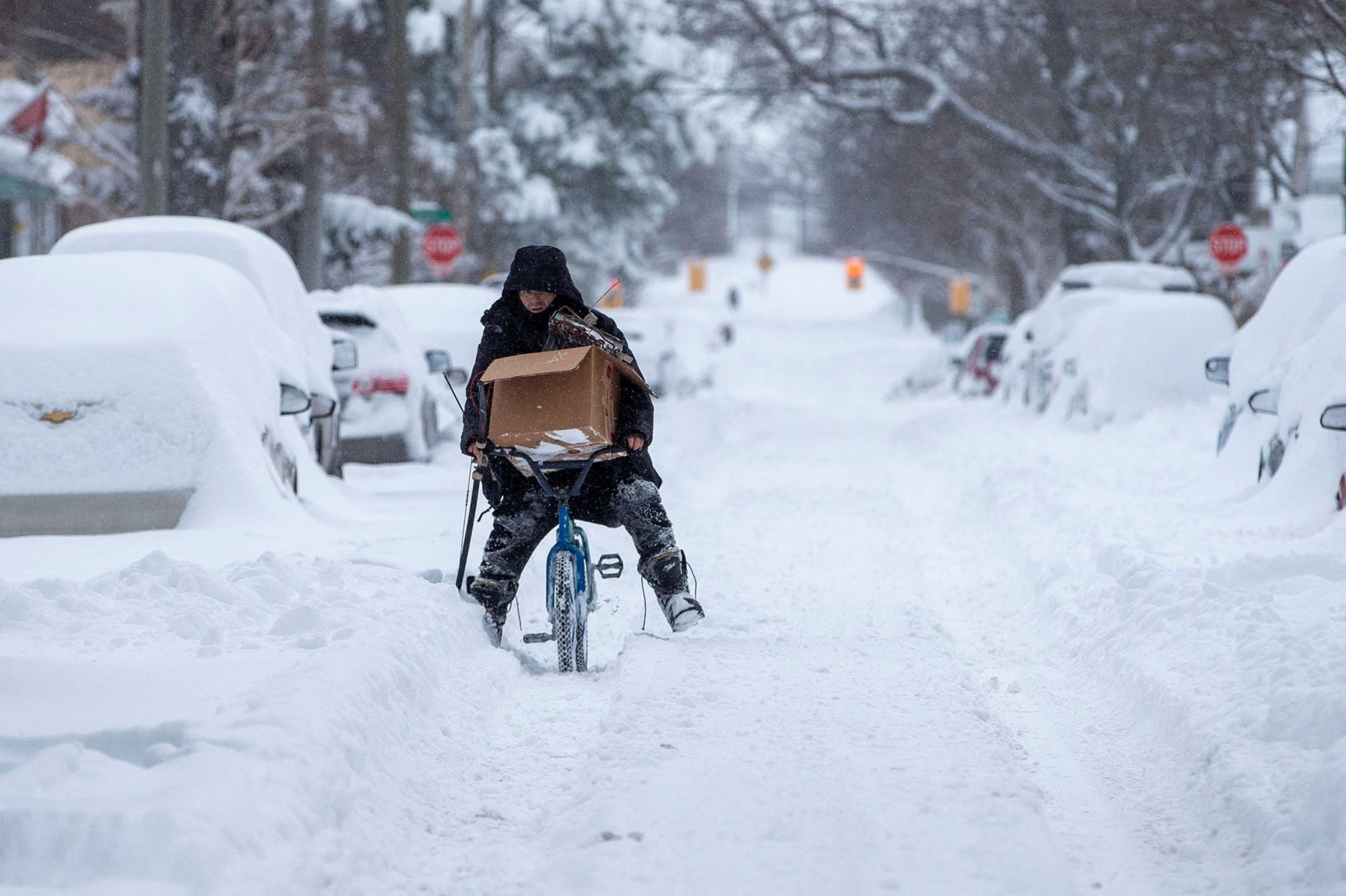 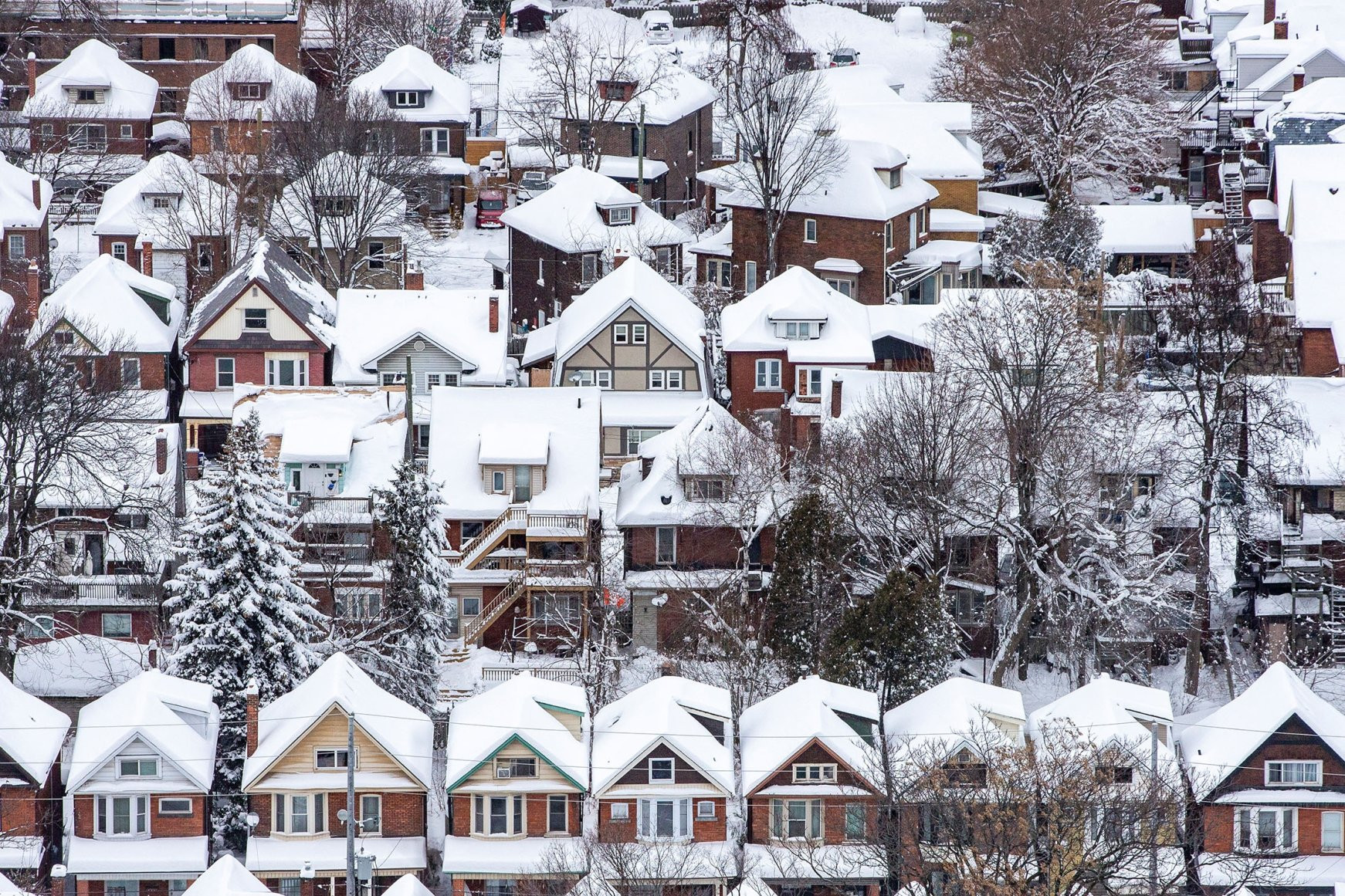 A view of snow-covered Hamilton, Ontario, Canada after a snowstorm, Jan. 17, 2022. (REUTERS PHOTO) 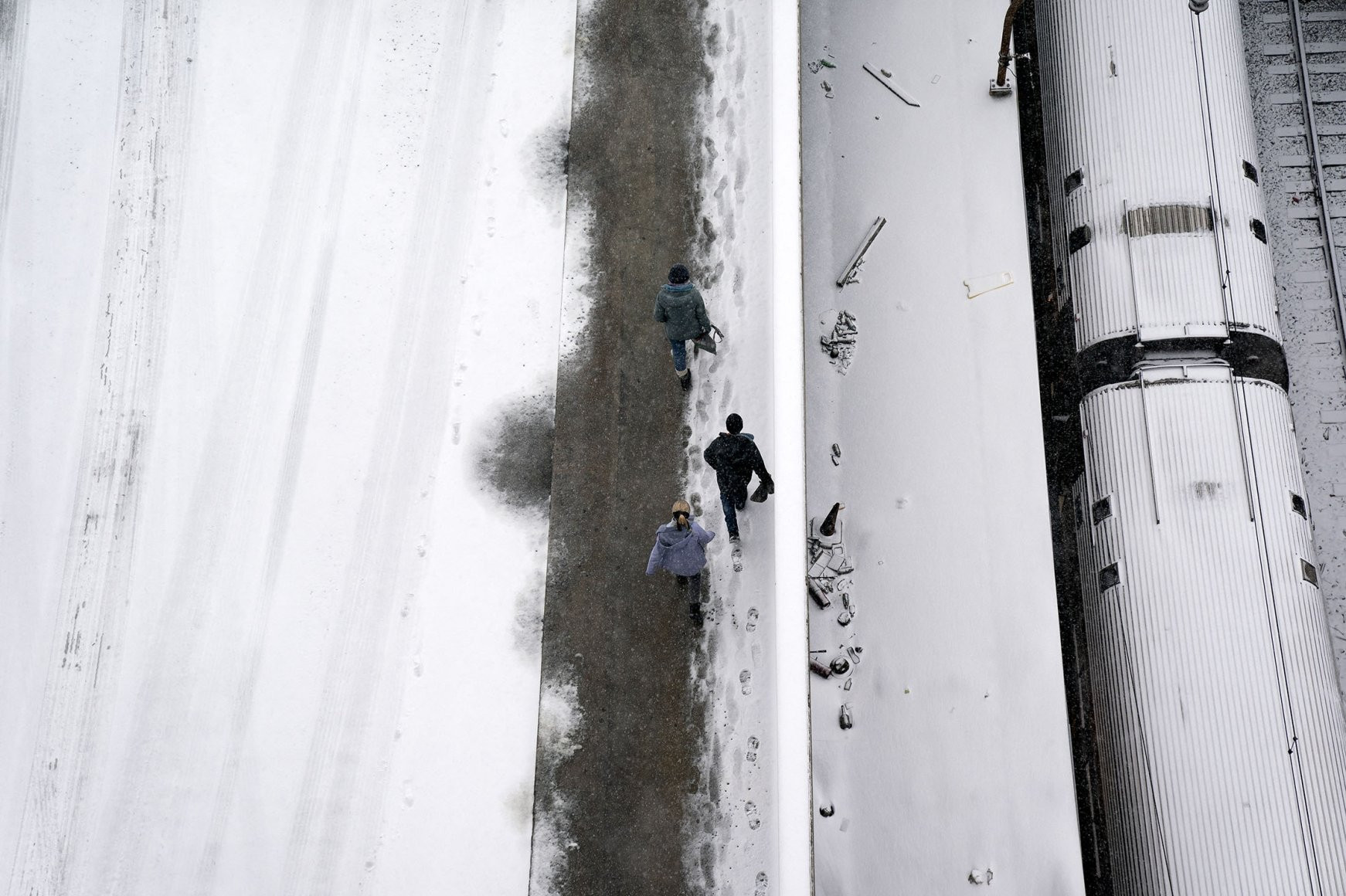 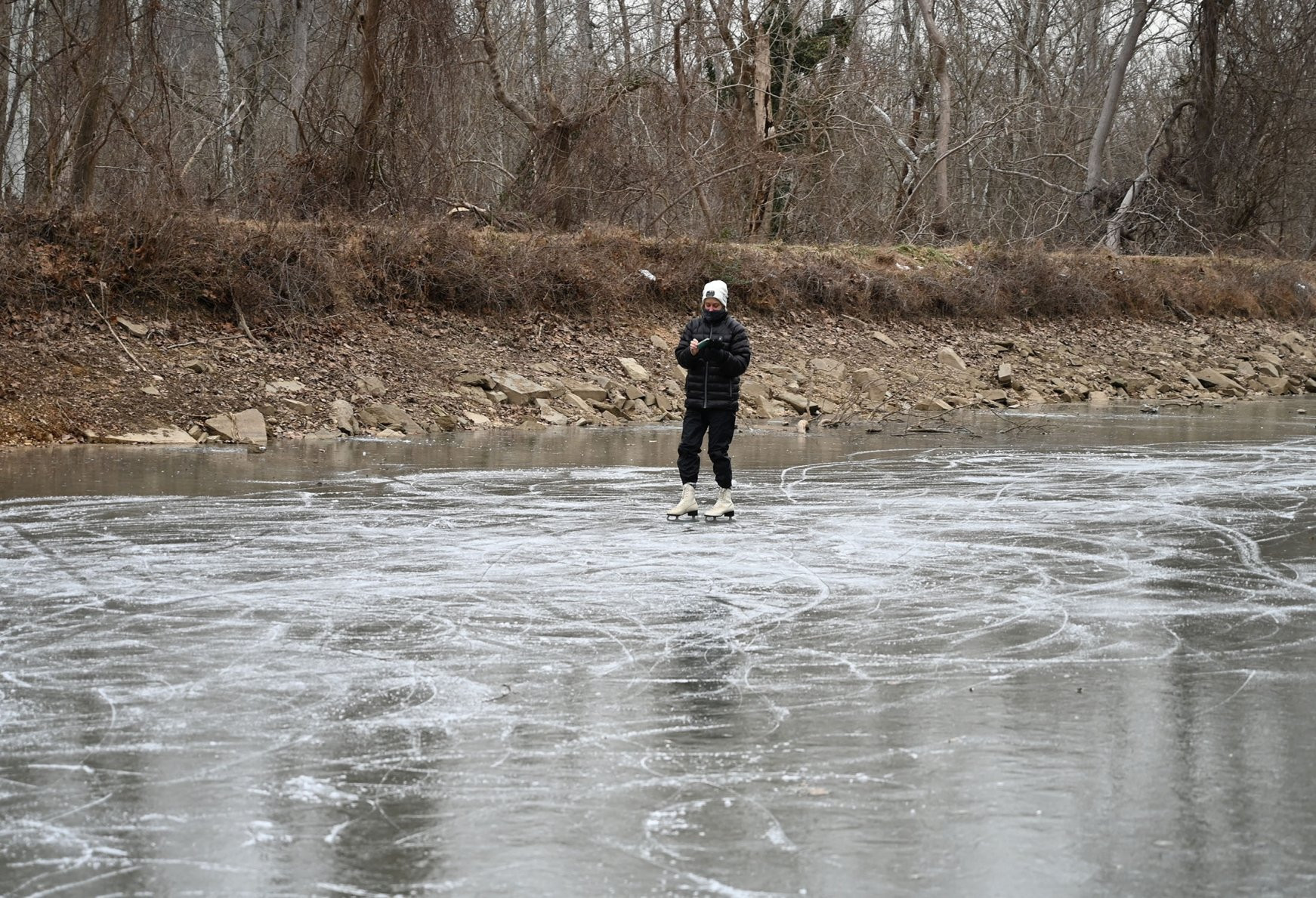 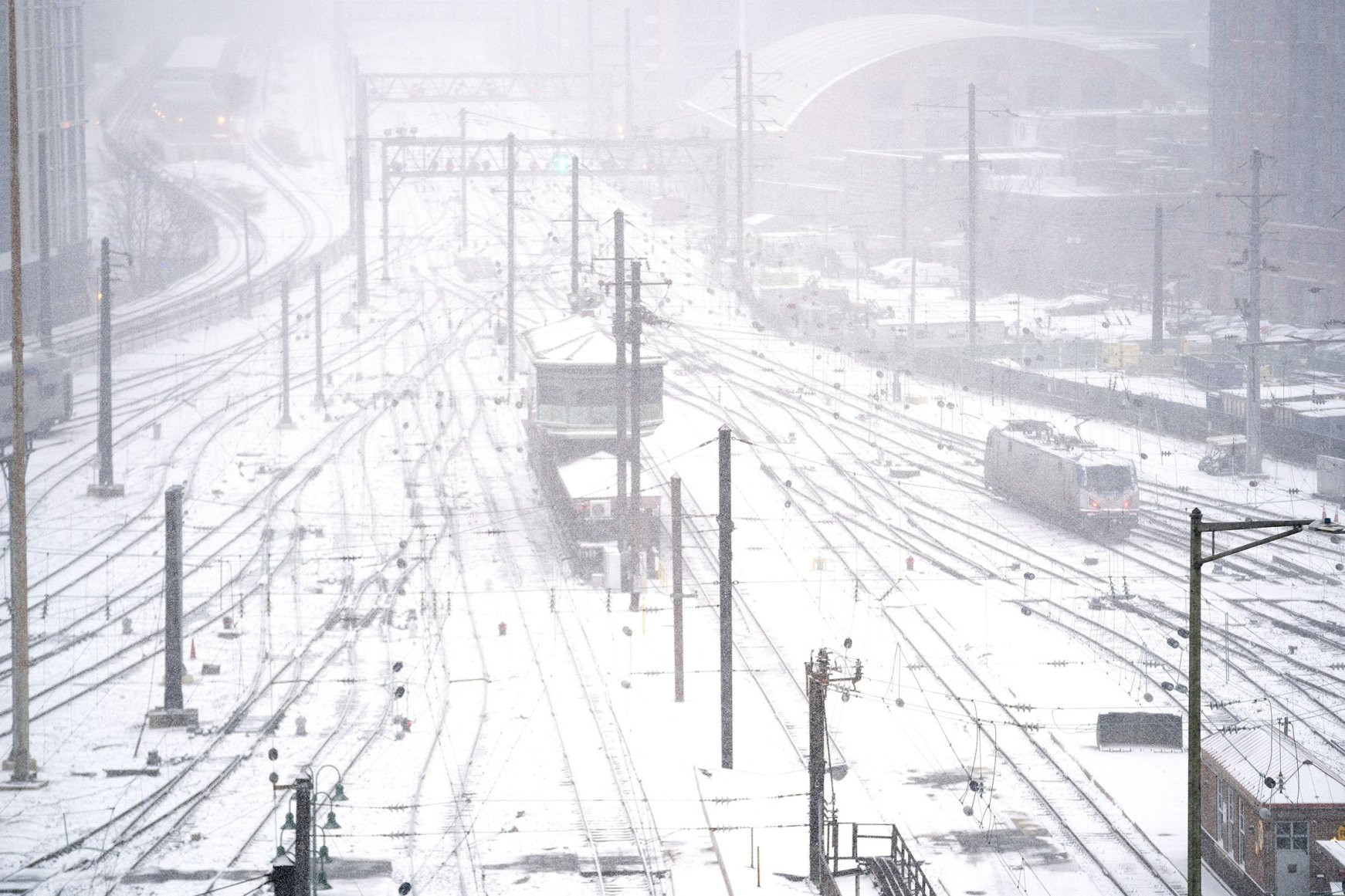 An Amtrak train engine moves along tracks in the train yard at Union Station in Washington, DC, during a winter storm, Jan. 16, 2022. (AFP PHOTO) 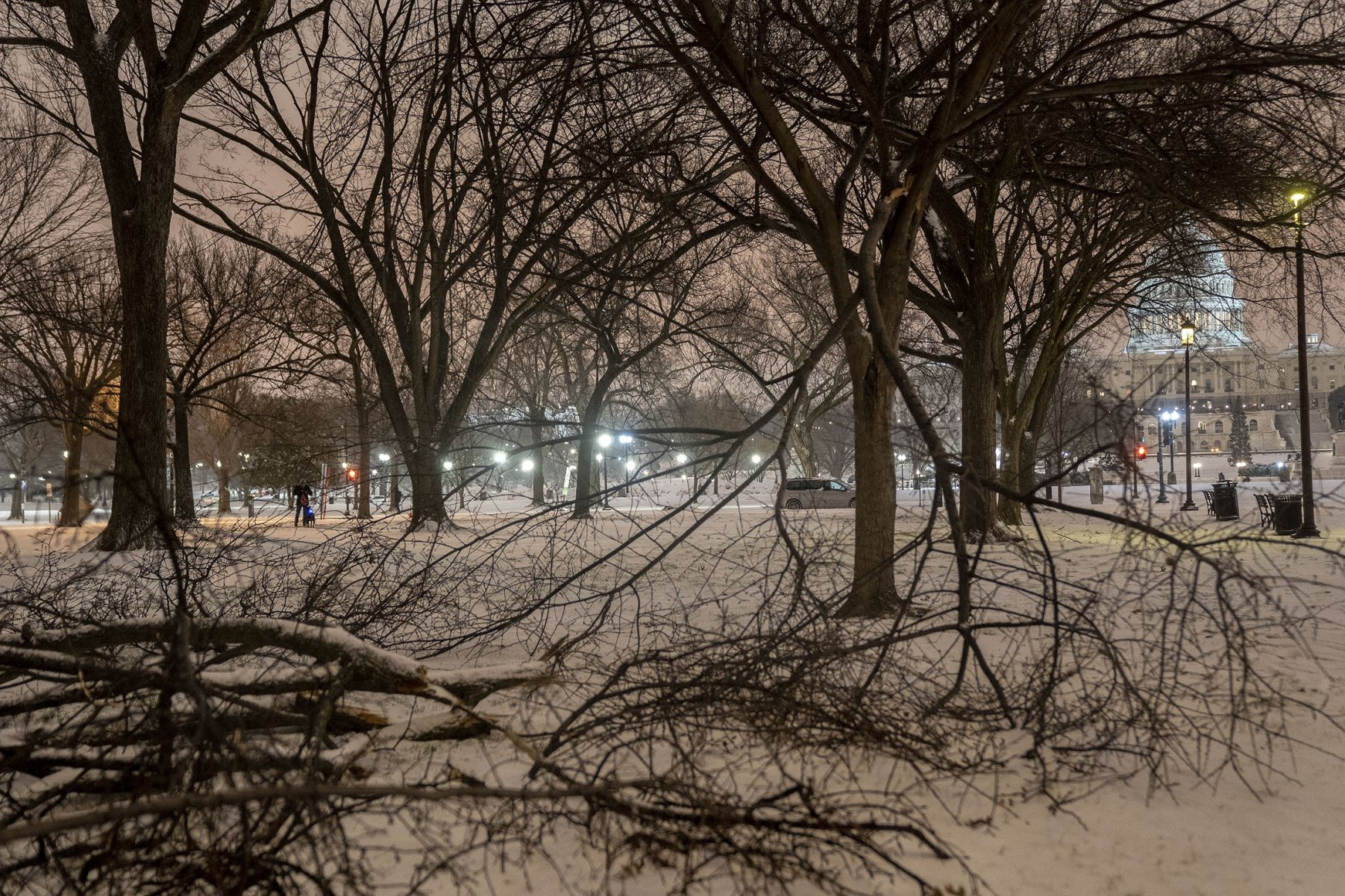