In the near future, Armenians will liquidate Lapshin and blame everything on Azerbaijan 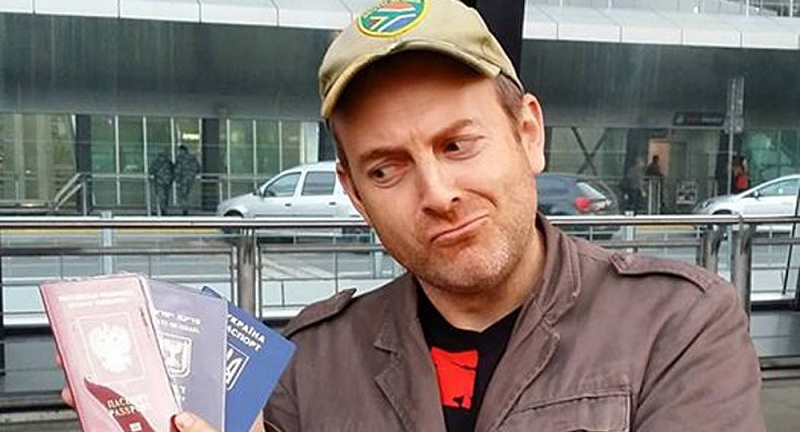 "In the near future, the Armenians will liquidate Lapshin and blame everything on us".

Former National Security Ministry officer Ilham Ismail said this commenting on the status of blogger Alexander Lapshin, which he shared on his Facebook page.

It should be noted that in his status Lapshin stated that Chairman of the State Security Service of Azerbaijan Ali Nagiyev allegedly plans to liquidate him, which was widely covered by the Armenian press.

Ilham Ismail, who expressed his opinion about Lapshin's insane status, said the following: "First, the State Security Service is not a terrorist organization. Secondly, Alexander Lapshin is not our goal, which would encourage us to eliminate him if necessary. Intelligence agencies can liquidate someone if required, but usually, not people like Lapshin are liquidated. Thirdly, even if the State Security Service had such an idea, Lapshin wouldn't know about it. Since such ideas are not discussed, and the instruction in this regard is not given so that the target would know about it."

According to I. Ismail, this is purely provocative and directed not only against the head of the State Security Service, but also specifically against Azerbaijan: "Most likely, Lapshin received this information from Armenians and wrote about it. If Armenians have already spread information about it in the social networks, it means they really have such plans. In a few days they (the whole world knows that Armenians are engaged in terrorism) will kill Lashpin and will say, you see, Azerbaijan is to blame, because the blogger himself wrote about it. This is a provocation. I think that both our press and the State Security Service should express a concrete position on this issue."

Chairman of the Legal Affairs Commission of the Chamber of Auditors of the Republic of Azerbaijan Elchin Gurbanov believes that Lapshin resorted to cheap advertising to become the main topic on the agenda. In his opinion, such irresponsible statements of those people who do not know what they are saying, in many cases, lead to a great catastrophe: "Today Lapshin is trying to show himself as a supposedly special person. However, he does not understand that such foolish statements really make him a target of the power centers, which are ill-willers of Azerbaijan".

Elchin Gurbanov, who said that the Chairman of the State Security Service Ali Nagiyev is a competent person, considers it not a coincidence that such misinformation uses his name: "Today, mentioning in various issues the names of government members, which Armenians fear the most and which may be useful for Azerbaijan, is a normal phenomenon. Some time ago, there was a black PR campaign in the Armenian press about the new Deputy Prime Minister Shahin Mustafayev. Choosing Ali Nagiyev as a target is an indicator of who the Armenian intelligence is most afraid of".

As for Lapshin's opinion, Elchin Gurbanov said that if Azerbaijan intended to eliminate this man, he could either hang himself while in prison or commit suicide by other means: "Azerbaijan had pardoned him and released him without waiting for the end of his sentence. Thus, Azerbaijan has shown that Lapshin is not such an important person for us at all to be detained in our prisons. Nevertheless, Armenian intelligence may organize an assassination attempt on Lapshin and wish to strike at Azerbaijan's image. Therefore, it is necessary to take this information seriously and take preventive measures".

According to the unconfirmed information we have received, the relevant bodies of our country do have information that Armenians have such a plan and they are preparing to inform Latvia, where Lapshin currently lives.