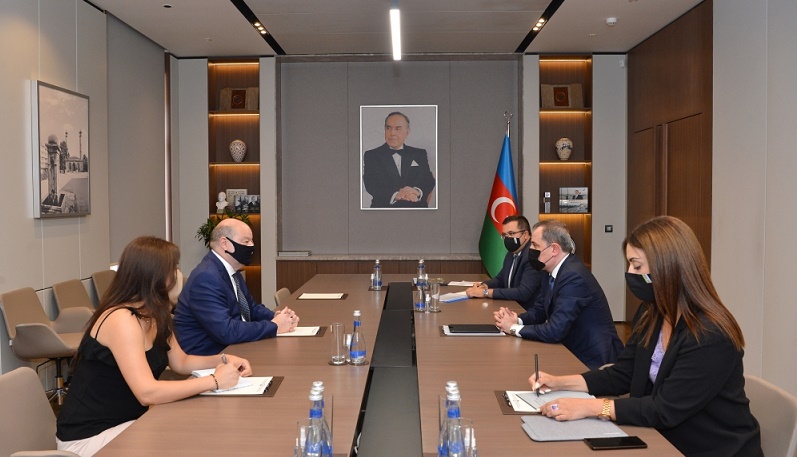 Azerbaijan`s Foreign Minister Jeyhun Bayramov has received a copy of the credentials of the newly appointed Ambassador of the Kingdom of Belgium to the country Michel Peetermans.

Minister Jeyhun Bayramov congratulated Ambassador Michel Peetermans on his appointment and wished him success in his work. The FM hailed the successful development of bilateral relations between Azerbaijan and Belgium, as well as the existence of a broad agenda of cooperation between the two countries. At the same time, he spoke about mutually beneficial partnership of Azerbaijan with the European Union.

Minister Bayramov informed the other side about the history of Armenia's aggressive policy against Azerbaijan, the position of the international community in this regard, the 44-day Patriotic War, the situation in the region after the signing of trilateral statements, the scale of destruction in the liberated territories and the restoration and reconstruction work carried out there.

In his turn, Ambassador Peetermans thanked FM Jeyhun Bayramov for the reception and expressed satisfaction with his appointment to Azerbaijan. The ambassador noted the successful development of relations between the two countries, touched upon the prospects for cooperation between Azerbaijan and Belgium in the areas of economy, trade, commerce and education, and stressed the importance of mutual student exchange.

The sides discussed various aspects of bilateral relations between Azerbaijan and Belgium, as well as cooperation within international organizations.