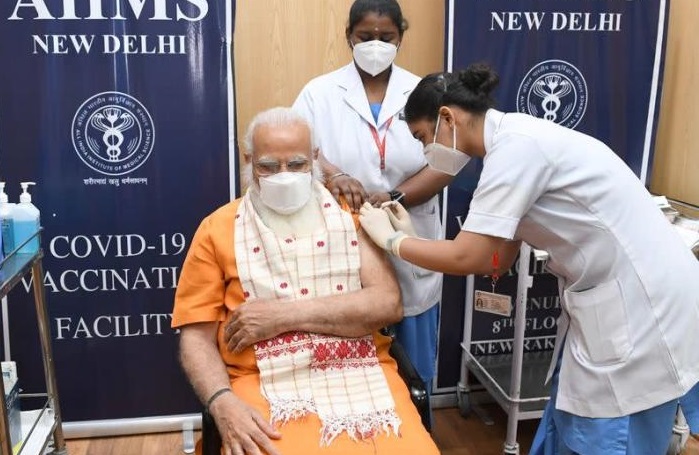 Many states in India, the world’s biggest vaccine producer, which has exported tens of millions of shots, have also complained of shortages even for the priority groups of recipients.

Inoculations are currently limited to those aged over 45 and health and frontline workers.

“It’s not that you can set up these big vaccine factories overnight,” Modi said addressing chief ministers of states via video conference. “Whatever production we have got, we will have to prioritize.”

“In our cities, a huge segment is poor or elderly ... we should take them for vaccination and prioritize it,” he added.

India’s health minister said earlier there was no shortage of shots for the groups eligible for vaccination, with more than 43 million doses in stock or in the pipeline. India has been inoculating about 4 million people a day.

However, vaccine centers in several states, including hardest-hit Maharashtra, home to financial capital Mumbai, have been shutting early and turning people away as supplies run out. Odisha state said it had closed half its vaccination sites.

India’s vaccination drive has so far administered 92 million doses, the most in the world after the United States and China, but much lower than many countries per capita.

The country reported 126,789 new COVID-19 cases on Thursday. Daily infections surpassed 100,000 for the first time on Monday and have now exceeded that mark three times, marking the biggest daily rise in the world in the past week.