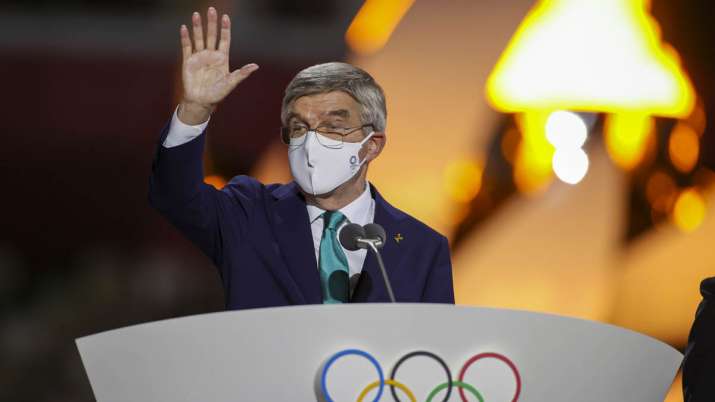 He also called on the youth of the world to gather in Paris in three years.

The closing ceremony of the 32nd Olympic Games is being held at the Japan National Stadium in Tokyo without spectators.

The Olympic Games in Tokyo were initially scheduled to be held from July 24 to August 9, 2020, but were postponed for one year due to the coronavirus pandemic. The Games ran from July 23 through August 8. Amid the ongoing coronavirus pandemic, the organizers decided that the Games would be held without foreign fans and local spectators would not be allowed to attend Olympics events in six Japanese prefectures, including Tokyo.

It was the forth Olympic Games hosted by Japan. Previously, it hosted two Winter Games - in Sapporo in 1972 and in Nagano in 1998, and Summer Olympics in Tokyo in 1964.