Iran: No report on offensive treatment of Iranian women in Georgia 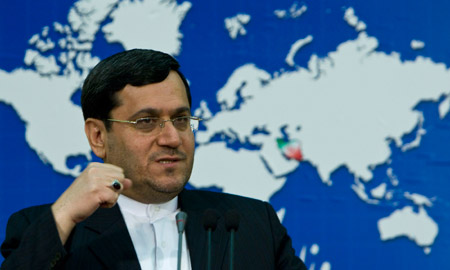 No report has been received so far about any offensive treatment of Iranian female tourists at Tbilisi Airport, Hassan Qashqavi, the Islamic Republic’s deputy f

Iran’s Embassy in Tbilisi has not received any information regarding the issue, Qashqavi said, ICANA news agency reported May 1, Trend reports.

Qashqavi said that Dadashi has failed so far to submit any evidence regarding the issue for an investigation.
Following the claims, Iran’s Foreign Minister Mohammad Javad Zarif urged Georgia to treat Iranian tourists with respect.

Respecting Iranian tourists and treating Muslim women in general, and Iranian women in particular, with dignity is an absolute necessity for the growth of tourism industry in Georgia, Zarif said in a meeting with Georgian Prime Minister Giorgi Kvirikashvili in Tbilisi April 18.

The Georgian prime minister expressed surprise at hearing the news of such an offensive behavior, saying he would order an immediate investigation into the incident.