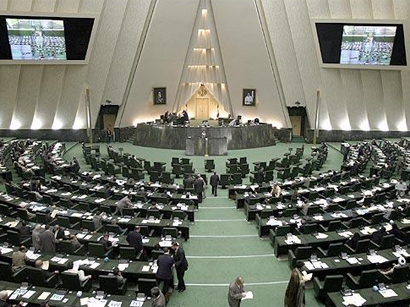 The Iranian parliament approved general outlines of the national budget bill for the next Iranian fiscal year, which will start March 20.

The bill was approved on Feb. 21 with 111 votes in favor of it, Iran’s state-run IRINN TV reported, according to Trend.

The draft budget bill has put the price of a barrel of oil at $50 for the next fiscal year.

In the meantime, 20 percent of the country’s oil revenue will go to the National Development Fund.

The draft budget has also put the price of US dollar at 33,000 rials.

The draft has predicted that Iran’s revenue from oil exports would stand at 1,100 trillion rials (about $33.3 billion according to USD rate against Iranian national currency envisaged by the draft bill).

The country’s revenue from taxes is projected to hit 1,120 trillion rials ($33.9 billion).

The proposed budget forecasts 7.7 percent growth in GDP and expansion of money supply by 19 percent.