Iran to get 10 new airlines within six months 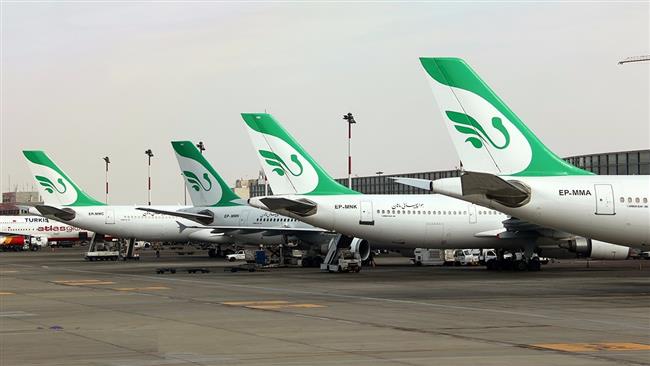 Some of the new airlines would become operational before or in early 2018.

Ali Abedzadeh, the head of Civil Aviation Organization of Iran, said the financial supporters of the new airlines were already purchasing planes from global providers.

Abedzadeh expressed hope that some of the new airlines would become operational before or in early 2018.

He added that the new carriers would provide a variety of services that focus on flights to domestic, regional and international destinations.  Some of them, the official emphasized, would only provide charter flight services.

Abedzadeh said the minimum investment required for launching a new airline in Iran is around $90 million.

He further emphasized that the establishment of new airlines would encourage competition among carriers - what he said would eventually lead to the improvement of services in Iran’s aviation industry.

The announcement over the establishment of new airlines comes as Iran is pushing ahead an aggressive campaign of purchasing planes from global provides like Airbus, Boeing and ATR.

On Thursday, Forbes said the European aviation major Airbus had won a race from its American rival Boeing in selling planes to Iran.

It added that Airbus had already attracted a mix of firm orders and memorandums of understanding for 173 aircraft with a collective deal value of tens of billions of dollars.