Italy has no plans to tighten coronavirus restrictions, says official 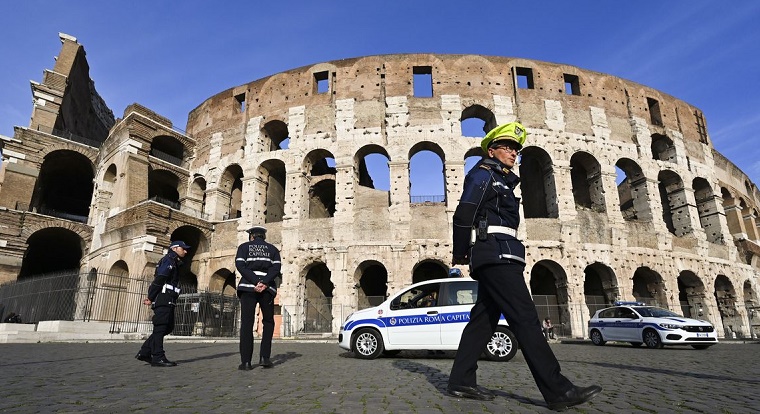 A health official said Thursday there are no plans to tighten coronavirus restrictions in any part of Italy despite a rising infection rate centered on some northern regions of the country, Xinhua reports.

Andrea Costa, under-secretary with the Italian Ministry of Health, said in a televised interview that the country's health system remains "under control" and that there should be no changes in health status.

All of Italy's 20 regions have been classified as "white" zones -- the least restrictive of the country's four-color scale of coronavirus restrictions -- since June. Rising coronavirus infection rates in three northern Italian regions (Friuli Venezia Giulia, Veneto, and Le Marche) means they could be classified in the more restrictive "yellow" category. But Costa said that would not happen.

"According to the data, at the moment the situation is under control and there should be no changes," Costa said. "But some regions will have to be more careful."

On Thursday, Italy reported 10,652 new cases over the previous 24 hours, the second consecutive day with over 10,000 cases, which has not previously been seen since May.

The daily mortality rate remains low: there were 69 new deaths recorded Thursday, and the rate has not topped 80 since June.

The number of patients in intensive-care units, meanwhile, has been slowly climbing in recent weeks, totaling 503 Thursday. That is an increase of 17 compared to a day earlier and 77 more than a week ago.

But in some regions, the situation is more severe. Costa noted that in Friuli Venezia Giulia the percentage of all cases in intensive-care units rose above 10 percent for the first time in months.

The Council of Ministers is expected to debate next week whether to officially shorten the validity of the "green pass" for vaccinated residents to six months from the final vaccine and to encourage eligible residents to get a booster shot within that period.

As of Thursday, 45.8 million residents in Italy have been fully vaccinated, the equivalent of 84.4 percent of the population aged over 12.

The high vaccination rate prompted calls from some leaders of regional governments on Tuesday to call for any future tightening of restrictions in the "yellow," "orange," or "red" zones to be applied only to unvaccinated people living in those regions.

"Future restrictions cannot be borne by the vaccinated," said Massimiliano Fedriga, governor of the Friuli Venezia Giulia region. "It would be excessive to make the situation weigh on those who have taken two or even three doses in order to protect themselves and the community."

Attilio Fontana, the governor of the region of Lombardy, agreed: "We cannot think of applying restrictions for the citizens who have shown trust and awareness and a sense of the common good."