Lagging its neighbours, France tries to speed up COVID-19 vaccinations 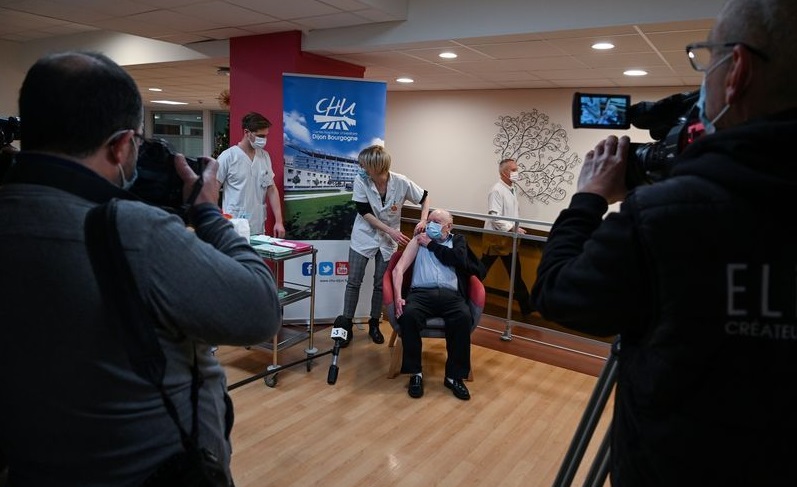 France sought to accelerate COVID-19 inoculations on Monday after an initial roll-out slowed by bureaucracy and government wariness in one of the most vaccine-sceptical countries in the world.

It began vaccinating medical staff over the age of 50 after delivering just 516 COVID shots developed by Pfizer and Germany’s BioNTech during the first week of a campaign that focused on the elderly in nursing homes.

The slow start compared to European neighbours such as Britain and Germany has irritated President Emmanuel Macron who told people close to him “things must change fast and hard”, the weekly Journal du Dimanche reported on Sunday.

“But the real deadline is to reach 5-10 million (vaccinations) by the end of March, because that’s the point at which you have a real impact on the spread of the virus.”

The coronavirus has killed more than 65,000 people in France, the seventh highest national toll globally. Even so, a survey over the weekend showed six in every 10 French citizens intend to refuse vaccination.