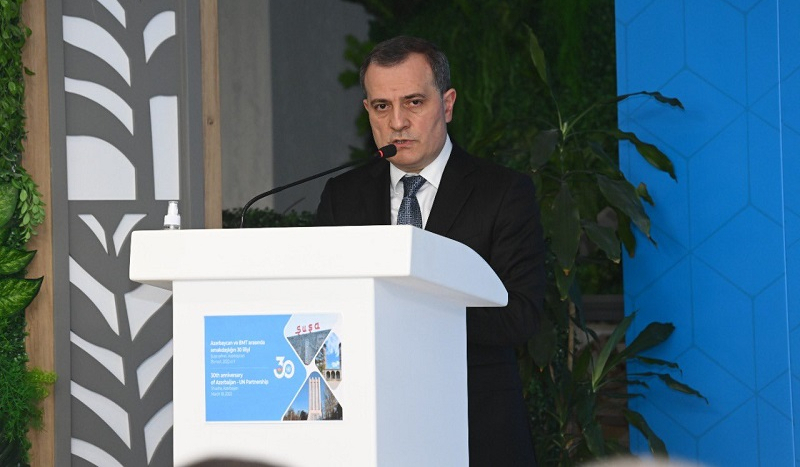 Massive contamination of the conflict-affected Azerbaijani territories with landmines and other explosive devices represent a major impediment to post-conflict rehabilitation and reconstruction efforts and to safe return of IDPs, Foreign Minister Jeyhun Bayramov said on Friday.

The minister made the remarks at an event dedicated to the 30th anniversary of the Azerbaijan-UN partnership, which was held in the city of Shusha, News.Az reports.

He noted that immediately after the end of the Second Karabakh War, Azerbaijan launched large-scale construction and restoration work in its liberated territories.

“Reconstruction of these territories destroyed during the occupation, return of former IDPs to their homes in a dignified and safe manner, integration of Azerbaijani citizens of Armenian descent into political, economic and other spheres and equal citizenship are among the main priorities,” the top diplomat added.