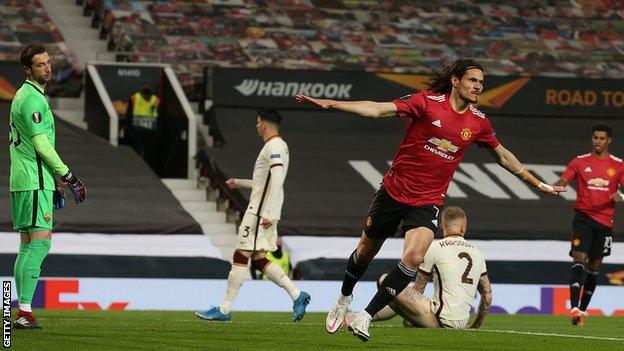 English Premier League side Manchester United took a huge step toward advancing to the Europa League final after hammering Roma 6-2 at home on Thursday, according to Anadolu Agency.

Bruno Fernandes broke the deadlock for the home side, but Lorenzo Pellegrini's penalty and a goal from Edin Dzeko gave a 2-1 lead to the Italian team at half-time.

In the second half, Manchester United came from behind with an impressive performance at Old Trafford.

Edinson Cavani scored twice and Fernandes netted one more as Paul Pogba and Mason Greenwood added to complete their comeback, giving them an advantage into the second leg of the semi-final.

In another first leg match of the Europa League semi-finals, Spain’s Villarreal beat English side Arsenal 2-1 at home.