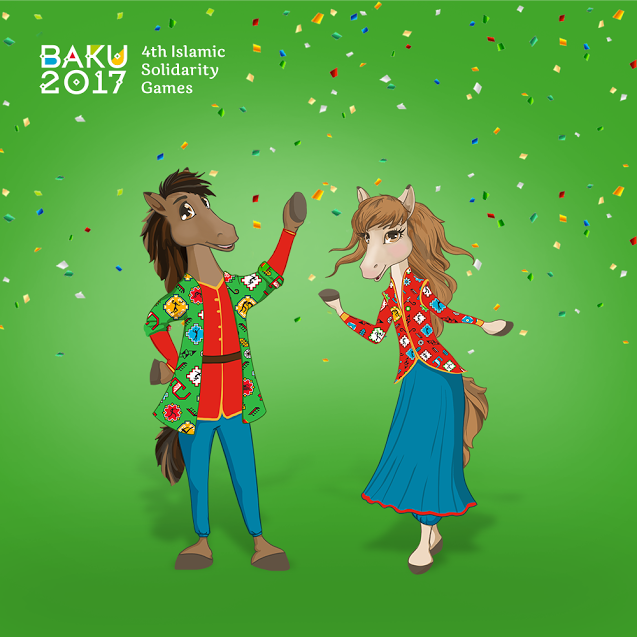 Karabakh horses, national treasures of Azerbaijan, known in the world by their beauty have become official symbols of the Games, Trend reports.

Karabakh horses, mascots of Baku 2017 Islamic Games, characterized by tenderness and courage will play an important role in promotion of the Games.

“Inje” (İncə), one of the mascots, is an example of tenderness, beauty and charm. “Inje” also represents the country’s national traditions and contemporary spirit.

Skillful, brave and purposeful “Jasur”, the second mascot, is characterized by his free spirit and self-confidence, as all Karabakh horses. Fearless and ambitious, “Jasur” is also known by his kind heart and diligence.

Starting today, “Inje” and “Jasur” will become the official symbols of Baku 2017 Islamic Solidarity Games and bring a spirit of celebration to the capital and regions of Azerbaijan.