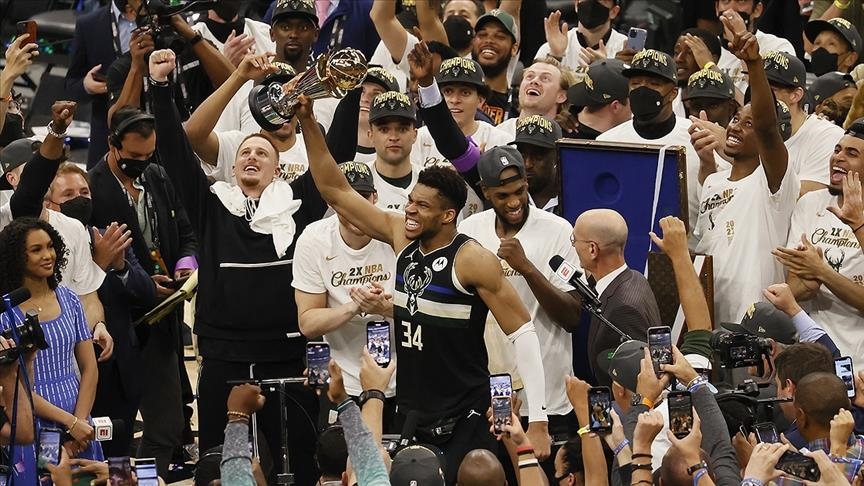 The Milwaukee Bucks clinched their second NBA title with a 105-98 victory against the Phoenix Suns, finishing the NBA final series 4-2 at Fiserv Forum in Milwaukee on Tuesday, Anadolu Agency reported.

Milwaukee started the game fast with a good defensive display and took the lead with points from Khris Middleton and Antetokounmpo in the first quarter.

The Suns seemed to recover in the second quarter, producing 31 points against the Bucks.

In the third quarter, Milwaukee equalized the score and took the lead again in the fourth quarter, keeping it until the end of the game.

Chris Paul's 26 points and Devin Booker's 19 points were not enough for a Suns victory.