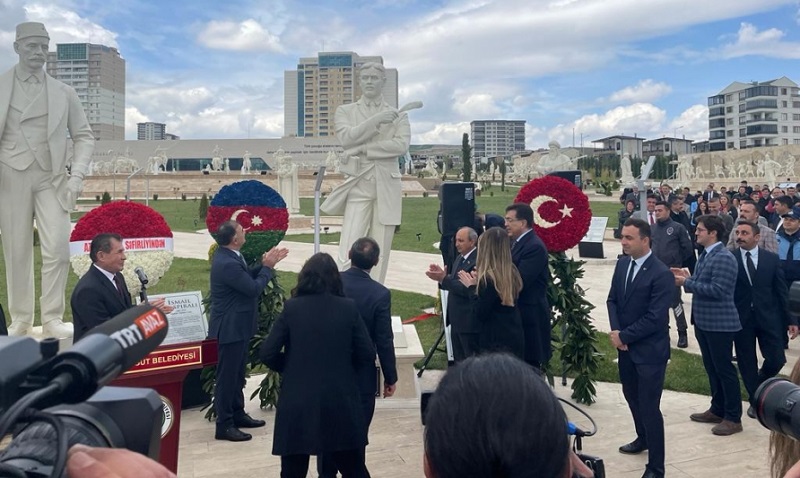 A monument to the prominent representative of Azerbaijani literature, great poet and public figure Ahmad Javad was unveiled in Ankara, the capital of Turkiye on Thursday, News.Az reports citing Turkish media.

Representatives of Azerbaijan’s Embassy in Turkiye, prominent figures of the Turkish public, as well as media representatives, attended the unveiling ceremony that took place in the Turkish History Museum and Park in Ankara.