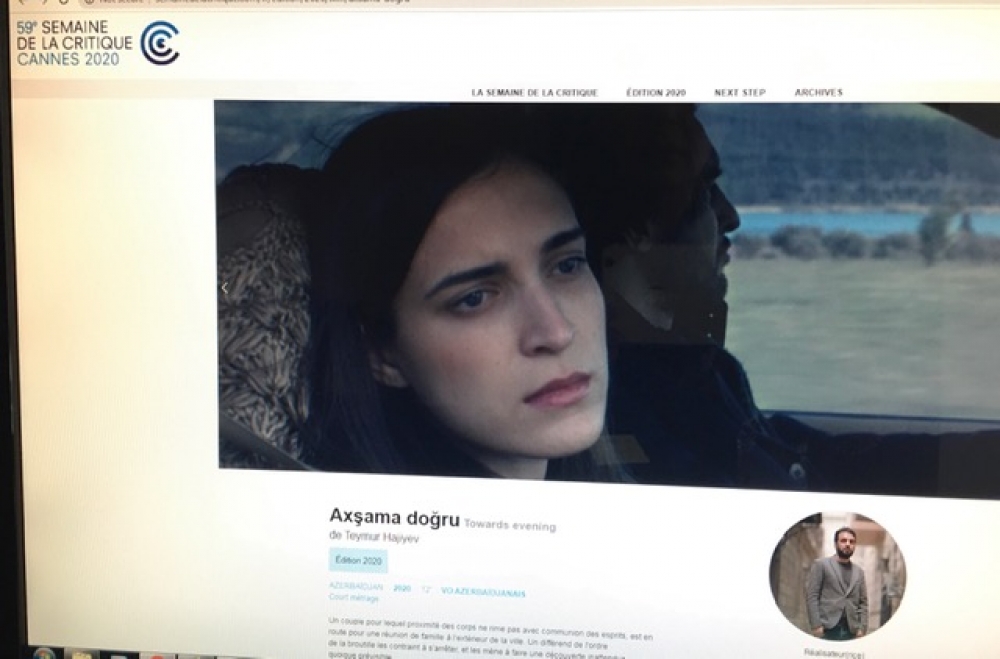 Azerbaijani movie “Axşama doğru” (Towards Evening) by Teymur Hajiyev will be featured at the 59th edition of La Semaine de la Critique 2020 in Cannes, the date that`s rescheduled. Honouring its commitment, the parallel section of the Cannes festival nevertheless continues to shine a light on emerging talents in order to support filmmakers and the film industry, AZERTAC reports.

To address this unprecedented situation, La Semaine de la Critique kicks off a tailored-made support programme for the films that Charles Tesson – artistic director – and his selection committees chose to actively support over the next few months. Accordingly, 5 features and 10 short films will receive the “2020 Semaine de la Critique label”.

The 10 filmmakers of this year’s programme will be invited in December 2020 to take part in the Next Step workshop, whose purpose is to assist short film directors towards making feature films. Since its inception the workshop launched and led by Rémi Bonhomme has supported 55 filmmakers from 29 different countries.