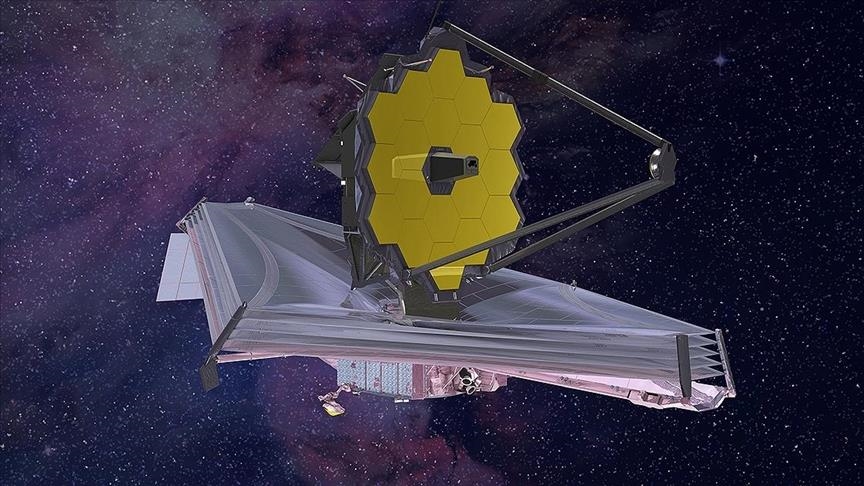 US space agency NASA has announced the full deployment of the 70-foot sunshield of the groundbreaking James Webb Space Telescope.

Calling it "a key milestone" in preparations for science operations, a NASA statement late Tuesday said the telescope's sunshield is "about the size of a tennis court at full size" and "was folded to fit inside the payload area of an Arianespace Ariane 5 rocket’s nose cone prior to launch."

Commenting on the full deployment, NASA’s Thomas Zurbuchen said: "This is the first time anyone has ever attempted to put a telescope this large into space."

"The success of its most challenging deployment – the sunshield – is an incredible testament to the human ingenuity and engineering skill that will enable Webb to accomplish its science goals," he added.

According to the statement, the "five-layered sunshield will protect the telescope from the light and heat of the Sun, Earth, and Moon."

NASA also said such protection is "crucial to keep Webb’s scientific instruments at temperatures of 40 kelvins, or under minus 380 degrees Fahrenheit [minus 229C] – cold enough to see the faint infrared light that Webb seeks to observe."

Gregory L. Robinson, Webb’s program director at NASA headquarters, said: "Unfolding Webb’s sunshield in space is an incredible milestone, crucial to the success of the mission. Thousands of parts had to work with precision for this marvel of engineering to fully unfurl."

The $10 billion observatories is named after James Webb, who headed NASA during the early 1960s when the US was headed toward sending people to the moon for the first time.

The Webb mission, seen as the successor to the aging Hubble Space Telescope, is also partnered with the European Space Agency (ESA) and the Canadian Space Agency.