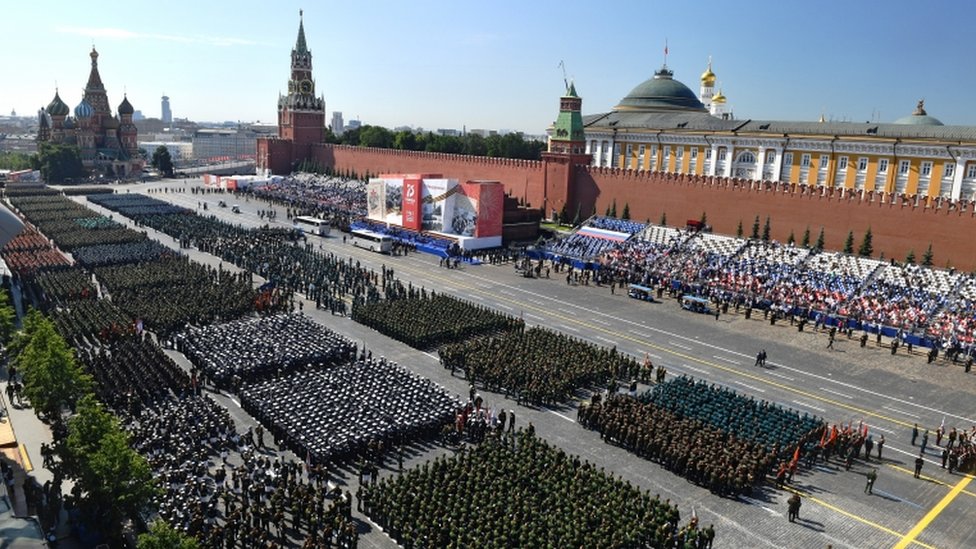 No foreign guests will be invited to the May 9 parade on the occasion of the 76th anniversary of the victory in the Great Patriotic War, Russian presidential spokesman Dmitry Peskov told the media on Wednesday, TASS reports.

"No. This is not a jubilee year. No foreign guests will be invited," Peskov said when asked if invitations to the Victory Parade would be sent to foreign leaders.

He stressed that "in all other respects there will be a normal procedure of inviting guests to the parade, but some nuances may be determined by our sanitary authorities when the event draws near."

According to earlier reports, participating in this year’s Victory Day parade will be 12,000 men, 190 pieces of military equipment, and 76 aircraft - 53 planes and 23 helicopters. Defense Minister Sergey Shoigu on Tuesday urged COVID-19 precautions in military units during preparations for the parade and at the event. The first training took place at the Alabino proving ground near Moscow on March 31.