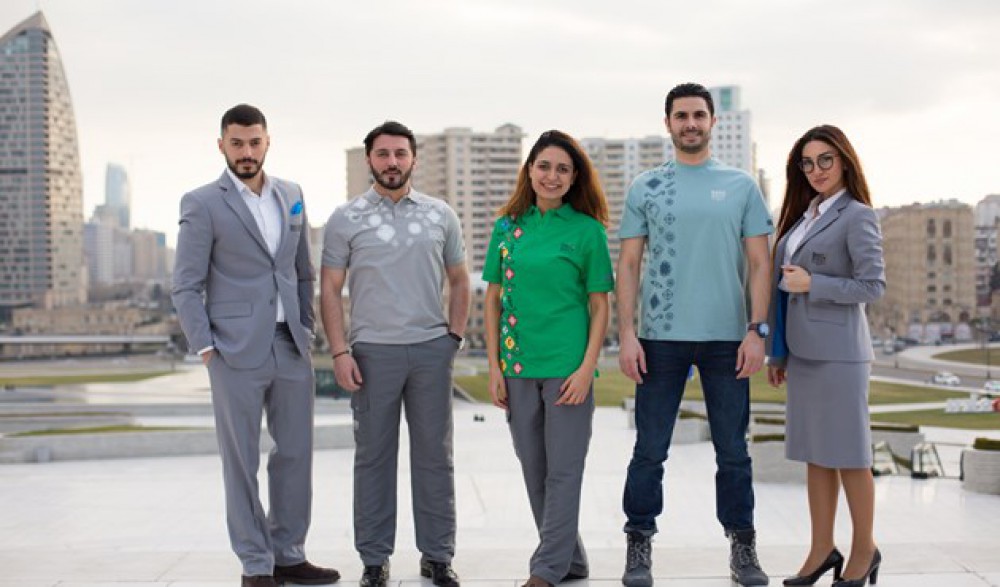 The design of uniforms was developed by the Brand Department of Baku 2017 4th Islamic Solidarity Games Operations Committee and submitted by a team of professional designers, AzerTag reports.

The uniforms with various images are intended for different groups of employees and have been designed for Baku 2017 4th Islamic Solidarity Games’ staff, volunteers, technical officials and contractors.

The Corporate Director of Baku 2017 4th Islamic Solidarity Games Operations Committee Elchin Safarov noted that uniform production has already started. Elchin Safarov stated: “A uniform is an important attribute of any Games and the main purpose is to convey the atmosphere of the Games to the public by means of uniforms. Everyone who’ll wear this uniform will be a part of the Games and will message the main values of the Islamic Solidarity Games - peace, respect, excellence and unity to the world”.

The logo, the brand, official colors and elements have been used in the process of creating the uniforms.

The main design element of the brand is the carpet reflecting the symbols of Azerbaijani and Islamic carpets’ iconography along with petroglyphs that create a modern image of the traditional Azerbaijani carpet.

Note that the set of a Baku 2017 Islamic Solidarity Games uniform includes a T-shirt, a cap, a bum bag and trousers.