Omicron could be dominant in France within weeks, adviser says 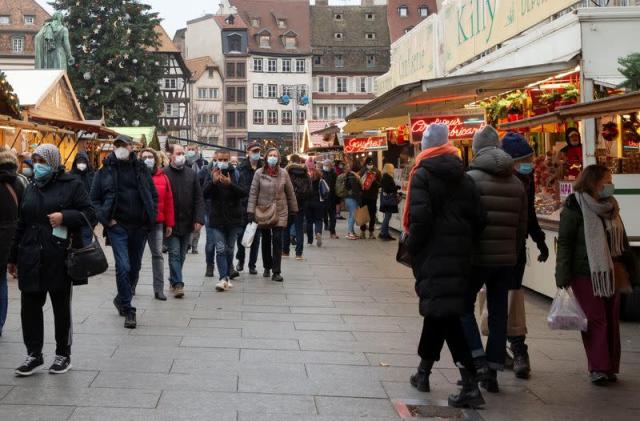 Omicron could become the dominant COVID-19 variant in France by the end of January, the top scientific adviser said on Thursday, after both France and the United States reported their first cases and countries around the world tightened curbs, News.Az reports citing Reuters.

The first known U.S. case was a fully vaccinated person in California who returned to the United States from South Africa on Nov. 22 and tested positive seven days later. The French case, in the greater Paris region, was a passenger arriving from Nigeria.

U.S. President Joe Biden is working on a strategy to fight COVID-19 this winter and sources briefed on the matter told Reuters one step would be extending requirements for travellers to wear masks through mid-March. A formal announcement is expected on Thursday.

"We should see a progressive rise of the Omicron variant, which will take over from Delta," possibly by the end of January, he said.

"Christmas is not at risk if the population and decision-makers are all very cautious," he said, reiterating that social distancing and a third, booster shot of vaccines were key.