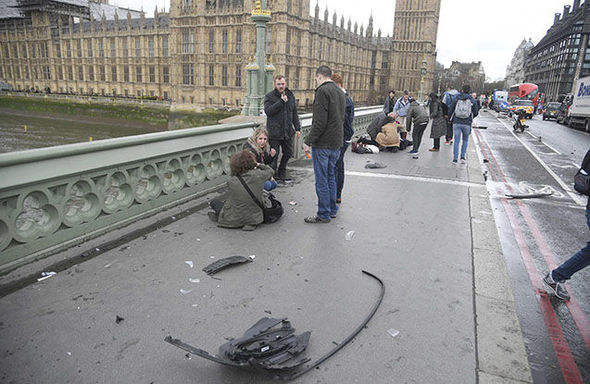 A policeman was stabbed, an assailant shot and several people injured on Wednesday close to Britain's Houses of Parliament in what police said they were treating as a terrorist incident, Reuters reported.

Reuters reporters inside the building heard loud bangs and shortly afterwards a Reuters photographer said he saw at least a dozen people injured on Westminster Bridge, next to parliament.

His photographs showed people lying on the ground, some of them bleeding heavily and one apparently under a bus. The number of casualties was unclear.

"Officers - including firearms officers - remain on the scene and we are treating this as a terrorist incident until we know otherwise," London's Metropolitan Police said in a statement.

The House of Commons, which was in session at the time, was immediately suspended and lawmakers were asked to stay inside.

Prime Minister Theresa May was safe after the incident, a spokesman for her office said. He declined to say where May was when the attack took place.